Aaron Rodgers has made headlines several times. He has achieved fame in the NFL industry through his skills and talent. Many NFL enthusiasts admire his qualities during any tournament. Aaron is also responsible for breaking the heart of a beautiful woman. This woman was the ex-partner that loved him wholeheartedly. Her name is Danica Patrick, and this article will tell you all about her.

Danica Is Also A Celebrity

Most WAGs find fame after meeting their partner in the NFL industry. Danica is not among them because she is a self-made celebrity. She was a professional racing driver in the United States. She has several prices under her belt.

Danica has achieved a lot of things in life. She had dedicated her life to professional driving. However, Danica dropped out of the industry a few years ago. She changed her life path after leaving the racing industry.

She Achieved A Lot Of Success

Danica comes from a working-class family in the United States. She began her career at the age of 10 by practicing karting. She never had an interest in higher studies.

She also did not enjoy going to school. She took her parents’ permission and dropped out of High School in 1998.

After leaving high school, she went to the United Kingdom to pursue her career. By 2002, she had become a professional racing driver.

Danica enjoyed her career as a professional racing driver. It gave her a sense of freedom and respect in life. She thought she could achieve everything she wanted. Driving cars made her feel confident and free.

She Did Not Have Any Role Models

Danica did not have any role models as a child. She only wanted to be the best she could be in life. She was a strong-willed person with a drive to do something great. However, her career goals did not include driving. She wanted to become a secretary, singer, or veterinarian.

Danica also has a sister. She is close to her entire family. During childhood, she and her sister were best friends. They supported each other than their respective goals.

Danica has a close bond with her family. They have extended support to her during the hard times in her life. She shares everything with her parents and sister. Danica has expressed her gratitude for having a supportive family. She is lucky because her parents never criticized any of her decisions.

Danica Was An Independent Woman

Danica had high hopes for her future during childhood. She wanted to become successful in kart racing; she was an expert at handling snowmobiles, motocross, and midget cars. Danica did not have the most financially stable family background. It is why she lost a few opportunities to improve her skills. However, Danica worked her way to the top in her career. She did not let her family background stop her from achieving her goals. She wanted to move to California at age 13 to advance her racing career. Unfortunately, her parents declined her request due to business commitments. She made the best of the situation by venturing into the mid-Western United States to enable her to race.

Her parents supported her as much as they could within their limits. They offered emotional support to their daughter every time she failed in a race. They always encouraged her to follow her dreams irrespective of the circumstances.

She Spoke About Her Breakup With Aaron Rodgers

Aaron and Danica got into a relationship during the prime of her career. However, their romance did not last long because they had a public breakup. One could tell that the relationship had run its course. Danica and Aaron never got back together with each other after their split. Danica mentioned that the end of her relationship broke her heart. She is not looking for anyone unique. However, she hopes to find the right man one day.

Danica and Aaron have different personalities, due to which they did not get along well. The breakup affected her mental health significantly. She remains grateful for having her family during that difficult time. Danica has chosen spirituality and mental welding as her professional career. Hopefully, she will find the right person in the future. 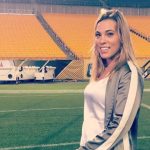 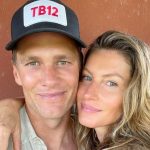