Biography of an undiscovered woman

Dalia Asafi was born in 1978 in Nigeria. She migrated to Houston, Texas, the United States, with her family. A Muslim by birth, Dalia completed her education in Houston before wanting to pursue a career in medicine.

She even received a $1000 scholarship from The Dream Foundation charity in June 1996. But things were going to take a wild turn for this Nigerian lady.

How and when did Dalia Asafi meet Hakeem Olajuwon?

As soon as she turned eighteen, Dalia’s parents were open to the idea of marrying her to a suitable groom. It’s very common in Islamic cultures to have an early marriage before you get started with your career. Hakeem caught the eye of Dalia’s father. He had been going to the same mosque as the basketball player and approached him with an offer. Hakeem’s previous relationships and a daughter born out of wedlock didn’t seem to bother him. To be honest, we don’t think that the bride ever met or even talked to her future spouse before the wedding.

How was the marriage fixed then?

Both the families got together, and it was decided that Dalia and Hakeem Olajuwon would become man and wife. That’s about it. We’ve learnt that Dalia didn’t get a chance to meet her future spouse or get to interact with her potential mate. As far as we know, she didn’t get an opportunity to express herself. If this were true, it is wrong on every single level. We know for a fact that this isn’t prescribed by Islam and that the bride’s opinion matters more than the groom. It is the woman who decides. Always.

Did the marriage work out? What about kids?

Life is indeed crazy. Thankfully, the marriage did work out. She has been content with her man, and as practising Muslims, they’ve made each other better. Dalia Asafi gave birth to three beautiful children with Hakeem. The first two were girls named Rahma and Aisha, whilst the third was a boy named Abdullah. Hakeem’s better half made sure that her kids lived her dream. We’ve found out that both her daughters have become doctors. Abdullah has followed in his dad’s footsteps and taken up basketball.

Who is Dalia Asafi as a person?

This woman identifies first and foremost as a Muslim. Everything else comes later. Her parents might have been influenced by cultural traditions, a practice that Islam doesn’t allow, but Dalia has shed her cultural identity and worked on becoming the best Muslim she can be. She’s one of the most pious WAGs we know. We’re saying that because we worked on Magi Salah’s profile. She is also a devout Muslim, by the way. If you haven’t checked it out already, make sure you do. Dalia Asafi, on the other hand, is on another level entirely. She has kept to herself and has never made a public appearance. Ever. This lady knows that she’s not going to let herself become the centre of attention.

Would Dalia Asafi have behaved differently had she grown up in the social media era?

That’s a question that crossed our minds. However, we’re going to give this woman the benefit of the doubt and say no. Dalia would have still kept to herself even in the social media age. Honestly, we wish we knew more about this mysterious lady. Will Hakeem ever talk about her in public? Give us an even better idea of who his better half really is? 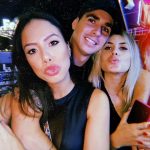 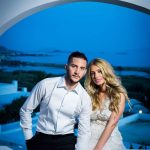