Nick Kyrgios makes frequent appearances in the tennis world due to his excellent performance on the field. He has involved himself with a lot of women. People know him to be a player of sorts when it comes to dating. However, he has finally fallen in love with the perfect girl, and her name is Costeen Hatzi. Costeen Hatzi is a beautiful woman dating a tennis star. She is also very public about her relationship.

This article will tell you everything about this gorgeous lady.

It Was Love At First Sight

Costeen Hatzi and her boyfriend fell in love when they saw each other. The tennis player saw the social media influencer on Instagram promoting her business. He decided to buy a mirror from her and message her on her personal and business account. He asked her for the mirror and showed up at her place to buy it. He confessed he wanted to take her out on her date while purchasing the mirror. She was taken aback by the sudden confession but decided to go along with it. Within a few months, the couple fell in love.

Costeen Received A Warning From His Ex

Costeen Hatzi received some attention from the media after she began dating the tennis player. It was because he was in a relationship with another woman. His break up with her was a public affair that had turned nasty. His ex-girlfriend had accused him of cheating on her. She also reached out to Costeen to warn her about the dangers of getting into a relationship with him. However, Costeen decided to trust her gut and move forward with her romantic relationship.

She Is A Successful Entrepreneur

Costeen Hatzi has been running her business for a long time, and she has a loyal fan following and customer base. She understands the needs of every customer, due to which people love her. Her business also enabled her to meet and fall in love with her boyfriend. She also has a bachelor’s degree in psychology.

Costeen Hatzi was a diligent student in her school. She was passionate about her studies and extracurricular activities.

She finished her work sincerely every time. She was also popular in her school due to her beautiful looks. Her diligence has made her successful.

She Lives A Public Lifestyle

Costeen Hatzi lives her life in the spotlight because she is dating a tennis player. She accompanies him on his tours, and many fans have asked her what it is like to live a public lifestyle. She responded by saying that it was overwhelming at first. However, she got used to it in no time. She believes that nothing matters more than her happiness in the relationship. She feels secure and confident in her love life, due to which she can brush off any negativity from external sources.

Costeen Hatzi Interacts With Her Fans

Costeen Hatzi is a social media star due to her good looks and positive attitude. However, people follow her because she interacts with them. She likes talking to new people and making friends. She is incredibly humble, due to which people find it easy to talk to her. Costeen encourages her fans to drop questions for her and responds immediately in her Instagram stories. She has spoken to several fans throughout her relationship.

Her personable approach toward her fans has made her famous on Instagram. Several articles have covered her love story with the tennis star, and she has also spoken to a few media sources gushing about her relationship with her boyfriend. Costeen wants to have a stable future with her boyfriend. However, they have not made any plans about getting married.

Costeen and Nick are lucky to have found each other. They make each other happy through the relationship. They provide immense support to each other to pursue their dreams. They are a perfect couple because their personalities match.

Costeen and Nick have a bright future with each other. They have shown that they are committed to the relationship. They have also mentioned wanting a happy life with little ones. Hopefully, they can make their relationship work in the long term. 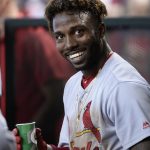 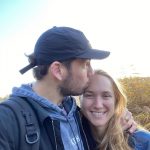