Wayne Rooney is a significant figure in the football community. His football career is an inspiration for several youngsters. Rooney also has a passion other than football in his life – his wife, Coleen. He has been in love with her for a long time. Coleen and Wayne are the definitions of couple goals. This article is all about the stunning Coleen, who has supported her husband all these years. This woman has several exciting qualities, so buckle up to know all about her.

She Is An Outgoing Person With An Excellent Academic Record

Coleen McLoughlin came into this world on 3 April 1986, which means her zodiac sign is Aries. People born under this zodiac sign display immense resilience. They have outspoken, extroverted personalities and are unafraid of telling the truth. Coleen spent her childhood in Liverpool, Merseyside, England with her loving parents, Tony and Colette McLoughlin. Tony was a bricklayer and the owner of a successful boxing club.  Coleen is of Irish descent.

Coleen was the eldest among the four children in her family. Coleen had a normal childhood full of love. She attended St John Bosco Arts College and graduated with 10 GCSEs. Due to her studious and hardworking nature, Coleen achieved an A for Performing Arts. She had three playful siblings – Joe, Anthony, and Rosie. Rosie was her adopted sister and had Rett syndrome. She, unfortunately, passed away on 5 January 2013 at the age of 14.

She Has Worked As A Columnist, Entrepreneur, And Presenter

Coleen became a columnist for the celebrity magazine Closer. Her career skyrocketed from there, and she never looked back. People loved her column, which opened doors for other opportunities for her. Coleen stopped writing for Closer in 2008 and began her career with OK! magazine by writing a weekly fashion and news column.

Her career took a nice turn when she began presenting in May 2006. Coleen appeared with Sir Trevor McDonald on his show Tonight with Trevor McDonald. She helped him with a program about the genetic disorder Rett syndrome. After a successful career as a columnist and presenter, Coleen made an ITV series called Coleen’s Real Women. The public labeled her “The nation’s favorite girl next door” because she searched for “real women” to star in advertising campaigns instead of models.

Coleen also tried her hand at entrepreneurship before becoming a successful columnist. In December 2005, she introduced an exercise DVD – Coleen McLoughlin’s Brand New Body Workout. It immediately became a bestseller in the United Kingdom. She also received £3 million for fronting the George at Asda campaign. In June 2010, Coleen partnered with Littlewoods – a retail and gambling company. She released her autobiography, Welcome to My World, in March 2007. Coleen’s Real Style came out in public in 2008, published by HarperCollins. She has also written a four-book series – Coleen Style Queen from 2008 to 2010.

Long before she began her successful career, Coleen met her future husband, Wayne Rooney. She was only 12 years old and met him in Croxteth, a Liverpool suburb. The two stayed friends and grew close with each other. Coleen and Wayne began a romantic relationship when they were 16 after graduating from secondary school. Just like their friendship, their relationship was also a cute affair.

She Is A High-Profile Person In The UK

After several years of dating, the lovely couple married in Portofino, Italy, on 12 June 2008. News sources report that OK! magazine paid the couple £2.5 million for wedding details and photos. The public dubbed them Wayleen. They started living in a new £1.3m mansion in Formby. The couple lives in Prestbury, Cheshire. They own a £4 million mega-mansion with Neo-Georgian design.

The Rooneys expanded their family immediately after marriage. Coleen Rooney gave birth to Kai Wayne on 2 November 2009. The lovely couple also had three more children – Klay Anthony (21 May 2013), Kit Joseph (24 January 2016), and Cass Mac (15 February 2018). They are a close-knit family.  Coleen is lucky to have found a husband as loving as Wayne. They are perfect for each other and will live together forever. 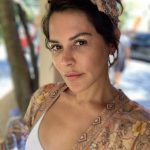 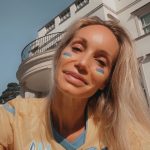