Celebrities dating other celebrities is a tale as old as time. However, it is rare to see two famous people come and stay together forever. Frank and Christine have made an example of one such excellent relationship. They met each other when they were at high points in their careers and remained in a loving relationship. However, this article is not about Frank. It is about Christine, his wife who works as a famous TV presenter.

She Looks A Lot Younger Than Her Age

Her birth date is 2 February 1979, meaning she is over 40 years old. Christine does not look anywhere near her age because she is naturally beautiful. She has the most divine physical features, but Christine also works hard to maintain her health and beauty. Her stunning features and charismatic personality have landed her in a prestigious position in the television industry.

Her Television Career Is An Inspiration For Everyone

Christine began her career in 1997, and she is still an actively working woman. She has worked for BBC for several years, featuring in the show Give My Head Peace. She has hosted several shows like Sky High, First Stop, Would You Pass The 11+, Children In Need, and Spill The Beans. Her other TV appearances include Let Me Entertain You, The One Show, Britain’s Classroom Heroes, The National Lottery Draws, Sport Relief, and Daybreak. She has several other TV shows under her belt, but the list would go on forever. She has had a long career in the television industry, due to which everyone in Ireland knows about her. She has worked with celebrities in Ireland.

Her career in Television was responsible for her meeting with Frank. They met when he approached her and told her he watches her shows. She responded sarcastically by asking the name of the previous guest on the show. Surprisingly, Frank gave the correct answer, and their magical initial exchange took place. From then, Frank and Christine stayed in touch and went on dates now and then. It was hard to keep the spark alive because they were busy individuals, and Frank was often away on tours. However, they stuck together and fought all odds.

She Is Also A Kind Woman

Christine has also done a lot of charity work. In 2010, she raised £1,321,623 by participating in a skiing contest. The challenge also made her the first person to water ski across the English channel. She participated in a 5 km run Cancer Research UK. Her charity work indicates that she cares about societal issues and has the motivation to be a good citizen.

Christine and Frank frequently appear in the news due to their popularity. They are a power couple in Ireland, and football fans love them. Christine is a complete social media enthusiast and knows how to gain followers. She has a large fanbase of football and television enthusiasts. Her social media posts indicate that Christine loves to dress up and take pictures. She likes fashion and showing off her sexy figure. Her outfits are unique, and they always make a statement.

Frank became lucky when he met Christine because his life became ten times better. They have been together for a long time, so we can assume they will stay together forever. They have the most exciting chemistry, but most importantly, they are both kind people. 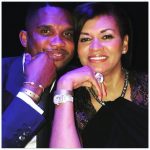 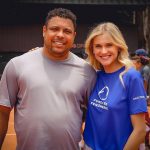