Who is Chloe Wealleans-Watts? In this post, we’re going to share some juicy information about this English beauty. Chloe happens to be the girlfriend of Chelsea midfielder Mason Mount.

Born in the town of Cramlington, Northumberland, this angel knew from an early age that the tiny little town was not her place at all. She was way too good for it. She was destined for London from the get-go.

Humming her way down south

Chloe was an outstanding singer even as a child. Her singing was her ticket out of town. She was confident, had a fabulous stage presence, and used to think that she was a pro even as a pre-teen. This girl won the Teen Star competition in 2013 and hasn’t looked back since. It didn’t take long for Baby Girl Music to send her an invite to join their artist development program. The next thing you know, this miniature minx was dropping tracks on the CD.

Life can be melodious if Chloe’s in it.

The lassy didn’t stop there. She has pursued her gift to the fullest. The girl has now become a part of an all-girl band called the 303. The girls formed their band on the 30th of March and decided they’ll keep the naming simple. That’s a genius move, and given that they make decent music, it shouldn’t be too hard to build an empire around it.

Getting boys when in a band is child’s play!

Did you think that only boys in rock bands had it easy when it came to attracting mates? Think again, because the tables have turned. News of Chloe getting her own band spread so quickly around London that the lads decided to line up outside her home. Only they didn’t know if she was in Newcastle or London at the time. Luckily for Mason, he didn’t have to roll the dice. The Chelsea man got lucky when he met Chloe in Dubai. Smitten by her charm, he asked her out. Thankfully, Chloe said yes. This was sometime in 2017.

Chloe does more than one thing at a time.

Chloe Wealleans-Watts is an enigma. If you looked at her track record and thought that she was just going to focus on her music, you’d be wrong. This girl does not let herself be restricted by boundaries. She gives everything a go, then she begins to like it. After that, she just succeeds in it. There’s nothing more to her life than this simple recipe. You might think that she’s brave, but in actuality, she’s just a girl with a child-like spirit and a never-say-die attitude.

Let’s pose, shall we?

One of Chloe’s adventures took her into the realm of modeling. It didn’t take a lot for people to realize that she was a natural. Storm management wasted no time in signing her. The 5’5 1/2″ beauty with her black hair and brown eyes measures 33″-25″ 1/2-38″ (bust, waist, and hips) and wears a size 5 shoe. She’s just about the perfect size, and her girl next door looks will entice anyone looking for a face that will light up a room.

This girl’s personality put us in a spin if we were being completely honest. She’s not the sweet angel that you think she is. We were shocked too when we found out that she’s a complete tom in real life. Chloe is quite the prankster and wouldn’t hesitate to pull your leg. She likes playing practical jokes on people (especially her younger brother and sister) but knows her limits at the same time. She’s fun to be around, and we think Mason enjoys her company.

Speaking of Mason, Chloe has gone awfully silent about her boyfriend for now. We hope that there’s nothing wrong and wish these two all the best for their future. 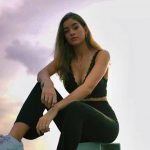 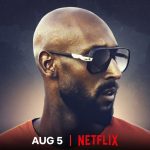