Young footballer Steven Bergwijn is constantly making headlines for his spectacular performance on the field. Another person who gets just as much publicity is his girlfriend Chloe Jay Lois – a woman of many professions and a loud personality. Everybody in the football world knows about her, even though Steven likes to keep his personal life outside the public eye. It is impossible to do so when the woman in question looks so beautiful! Let us take a closer look at her life.

The Perfect Blend Of Both Worlds

Beginning with her nationality, she is Dutch and has mixed ethnicity. She was born in the Netherlands on June 21, 1998, so her age is 22. Her zodiac sign is Cancer, which implies that she has a kind and caring nature.

She has maintained her model physique, standing at 5 feet 4 inches. Her weight is between 56 to 58 kilograms, and her measurements are 34-26-34 inches. Her sultry hourglass figure has landed her tons of modeling gigs, and being a WAG makes it easier to advance her career. She is also an experienced dancer and former YouTuber.

She has a large following on Instagram with more than 53 thousand followers. Her good looks made her famous even before she began dating the footballer. She is still well-known for her elegant, smoldering selfies, lustrous hair, and dance videos. Her curly, brunette hair makes her stand out in every picture, along with her fit stature. The cosmetic work done on her face amplifies her beauty tenfold. With her dark brown eyes and other features, one could say that Chloe has won the genetic lottery.

The King In Her Life

Chloe has a net worth of around USD 1 million, which shows that she has worked hard in her career. It was her destiny to be famous when she met her boyfriend in her teenage years. They started their relationship in 2015 and are going strong ever since. When Chloe initially found the spotlight as his girlfriend, the fans immediately fell in love with her.

There is no information available about her family other than the fact that she has a son. Chole gave birth to her son on April 10, 2020, Saint Stevie Isaï Bergwijn. He frequently appears in her social media posts. The couple announced his birth on their Instagram accounts, making football fans happy. Chloe shared a picture of her and her son with the caption “Saint Stevie Isaï Bergwijn. Our miracle, can not wait to spend forever with you. Love of my life.”

However, she never posts a picture of her boyfriend on her Instagram. It means she has dedication towards maintaining an identity independent of the footballer. Her profession is a crucial part of her life, so she takes her work very seriously.

Currently, Chloe does Instagram modeling and works as an ambassador for the brand LA Sisters. She has a long modeling career, but she started as a YouTuber. She used to upload daily vlogs to give a sneak peek into her lifestyle. The young model was meticulous and hardworking with this YouTube phase and rose to popularity in no time. She eventually became a star in the YouTube community but decided to stop posting after creating her own business.

She uploaded the latest video in August 2019, but it did not garner enough views. Steve used to make frequent appearances in her vlogs, making the most of his relationship with the model. However, modeling and dancing are not the only things Chloe does. She also works at Mijndomein – a service that allows you to create a website without technical knowledge.

As a model, Chloe always dresses in the best outfits, presenting her prettiest version before the camera. She can rock any look in the world, thanks to her outstanding mixed features.

Chloe is among the famous WAGS, and she enjoys every bit of the love from her audience. Even though she and Steve do not engage in online PDA like other celebrity couples, they have a strong relationship. It is easy to deduce because they both have headstrong, ambitious personalities. Her determination and persistence towards building a successful professional life are inspirational to many fans. 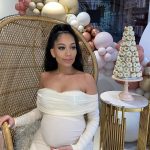 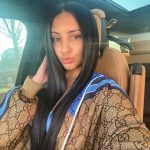