Checo Perez is one of the handfuls of Mexican drivers who made it to the very top of the racing ladder. An F1 racer since 2011, this young man is not the focus of our piece here. We’ll do one on him in the near future, but for now, why don’t you get to know more about his wife instead? Learn about the mesmerising Carola Martinez as we reveal some interesting and unknown information about this beauty.

Biography of a Mexican homemaker

Carola Martinez was born on December 16, in Guadalajara, Mexico. Details about her parents are not known. However, Carola has an older sister named Lupita, who shares her birthday. Carola spent her formative years in her hometown and was educated in a local school. We’re not sure if she completed a college education or even attended college, for that matter.

Carola Martinez and Sergio “Checo” Perez – How and when did they meet?

If you’ve followed Checo’s career, you’d know that he is from Guadalajara too. As someone who began karting when he was 6, Checo’s reputation preceded him in his hometown. A pretty girl like Carola was always going to show some interest in a successful boy like Checo. The woman, a stunner in her own right, captured the racer’s attention. All he had to do was ask her the question. And ask he did.

As soon as they found out that they liked each other, Carola Martinez and Checo Perez began dating. Checo, who had been in the spotlight for a lot longer, understood that Carola didn’t bother about being in the open a lot. In fact, she even insisted that they keep their relationship private. But things changed in 2017.

Checo Perez’s marriage to Carola Martinez and their family life

Checo came out and confessed that he was in a relationship with Carola in early 2017. The fact that he was about to become a father brought about a change in the man. This young F1 driver also got down on one knee and proposed to Carola Martinez on August 13, 2017. Their firstborn, a son named Sergio Jr., came into this world on December 21, 2017. The two of them tied the knot on June 3, 2018. Their wedding was blessed by none other than Pope Francis. Carola and Sergio Perez welcomed their second child, a girl named Carlota, on September 15, 2019.

Some unknown facts about Carola Martinez

This Mexican lady is a Christian but did you know that she is a Roman Catholic? Catholicism is the major branch of Christianity that is followed in Mexico. Carola, just like most of her countrymen, is a practitioner of the faith. She is also a fan of football. The young lady enjoys the sport as much as her husband does. She makes sure she watches her country play and roots for them with all her heart. We heard that Carola is also an excellent cook and that she enjoys spending her free time trying out new recipes in the kitchen. Carola Martinez is also an avid traveller and frequently visits Checo at the circuit.

Who is Carola Martinez as a person?

A calm and rational individual, Carola Martinez, is known for being a forgiving woman. Material comforts are not important to her. All that matters is family and nothing else. Carola Martinez’s biggest goal in life is to be present for her family and to make sure everything is in order at all times. She hasn’t disappointed herself so far. 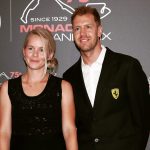 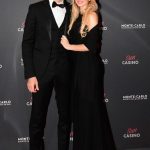