Kaka, one of the greatest footballers of all time, remarried in 2019, and people fell head over heels for his new wife – Carol Dias. Kaka is an icon in the football world, but now that his wife is in the picture, he has to share his spotlight. The new wife of Kaka is a total bombshell with a lot of personality and talent. There is a lot to know about this exciting woman, so let’s get down to it. By the end of this article, you will know that there is no better match for Kaka than Carol.

Their Relationship Was A Rollercoaster Ride

Carol is the second wife of the famous footballer Kaka, who played with his first wife in 2015. A year following his divorce from Caroline Celico, Kaka met a beautiful girl named Carol Dias. The two hit it off instantly and fell in love within months. Three years later, they got married in an elegant and lavish ceremony. In 2020, Kaka and Carol welcomed their first daughter named Esther, and Carol needs more. Kaka has two children from his previous marriage, but Carol treats them like her own. Carol Dias is an excellent parent because she loves children. She often shares her love for the children on her Instagram page. Their relationship is perfect in every way, and they have several happy years in store for them. However, there is more to Carol than her relationship and marriage with her husband, Kaka.

She Has A Skyrocketing Modelling Career

Anyone that has had a chance to look at Carol knows that she has excellent facial features and body. Her stunningly beautiful looks have made her a model representing several famous brands. She has companies like Soller Assessoria, Ford Modelling Agency, Eve Beauty, EasySim4U, and Choisir under her belt. Her associations in the modeling world increased after she got into a relationship with the footballer. However, Carol was performing quite well before him too. She also tried her luck in the television industry and was delighted to appear in several episodes of Pânico na TV.

She Is Private Until She Meets Her Friends

Because Carol is so beautiful and talented, she has a lot of followers on Instagram. Carol is a social person who shares glimpses of her luxurious life on social media. She has a large circle of friends that keeps her happy. Outside her family and other immediate relations, Carol lives a reserved life. She doesn’t like to reveal intimate details about her parents or siblings on social media. Due to her private nature, nobody knows the details about her maiden family.

Carol has also not revealed any information about her education or childhood. However, she must have joined the modeling industry at a young age because she is already so famous in her twenties. Carol takes good care of her body by eating healthy food and exercising every day. She and Kaka share the same passion for fitness, which helps them bond healthily.

She Has A Sassy Tongue

One of the things that people admire about Carol is her no-nonsense, straightforward approach to difficult situations. In 2021, the ex-wife of Kaka expressed disdain because she did not receive to the wedding of Carol and Kaka. Carol quickly pointed out that she had tried to reconcile with Kaka before the wedding, which caused her to remain uninvited to the wedding. The credibility of their statements will always remain debated, but what’s impressive is Carol’s bold attitude. She fearlessly defended her decision and did not hesitate to make a case for herself. Her charming, elegant personality has some spice to it, after all! Carol does not get threatened by the relationship between her husband and his ex-wife, a rare thing for most people.

The net worth of Carol Dias remains unknown, but it must be high because she is a successful model and an entrepreneur. With time, Carol will see more success and happiness in her career.

Kaka could not have asked for a better wife than Carol; she has everything! She is beautiful, courageous, classy, and intuitive. Carol and Kaka have several happy years ahead of them, and she will enjoy every last bit of it. 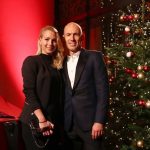 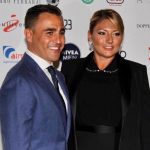