Bridgett Leann Wilson is an actress, model, and singer who was crowned Miss Teen USA in 1990. She played the character of Lisa Fenimore in Santa Barbara from April 1992 to January 1993. She was born in Beach, Oregon, United States. She is the daughter of Kathy and Dale Wilson. From competing at her school to becoming a beautiful peasant at 17, she lived her life to the fullest in Oregon. She is a Gold Beach High School graduate but later became an actress.

Later, Bridgette made her career in acting by taking classes in Los Angeles. The actress became a judge in the 2006 Miss Universe competition. However, she has retired from acting now and is looking after her family. She has been in several movies and daily soaps since then. The legendary actress married Peter Sampras, the famous tennis player. The article will cover everything about Bridgett Leann Wilson, the famous model.

She Is A Famous Actress

After she was crowned Miss Teen USA, the beauty took a career in acting. Bridgett Leann Wilson appeared in several films, including Last Action Hero in her movie debut, Mortal Kombat, Higher Learning, and Billy Madison. Later, the beauty played roles in “House on Haunted Hill”, I Know What You Did Last Summer, Shopgirl, and The Wedding Planner. The other films she appeared in are Buying the Cow, Extreme Ops, Love Stinks, Nixon, Nevada, etc.

Wilson played a role in an episode of CSI. She is a woman who had a great career. Her last film before retirement from acting was Phantom Punch, released in 2008. The movie was about a heavyweight boxing champion. She has been a part of 30 films and several television shows.

She Is A Multi-Talented Woman

Being an actress for a longer time, she worked as a model and singer. The actress sang in her debut album, Then Came the Night. She performed a narrator’s part on Tommy Shane Steiner’s “What We’re Gonna Do About It” song. Interestingly, the song was in the top 50 on the Billboard Hot Country Songs charts in 2002. She is an in-demand singer in Japan.

She is a well-known actress, singer, and model in the USA. But now, Bridgett Leann Wilson has been focusing on her family and maybe won’t return to acting. Besides being a famous actress and singer, she supports various organizations, including the American Oceans Campaign, MADD, and AIDS organization. As a child, she also took piano classes.

She Is A Beautiful Woman Inside Out

Born in the USA, the lady is not only beautiful with blonde hair and eyes, but she is also a responsible wife and mother. Preferably, she is taking care of her family, including her spouse and two sons. Her first child was born in 2002. Bridgette stated that she now wants to look after her family. When it comes to her life, she is not that secretive. Bridgette is open about her life. She is extremely kind and generous.

From being a part of MADD to AIDS, Bridgette has been a member of several charitable foundations over the past few years. We can call her a lady with a big heart. She is a caring woman who always has kind words for others. Moreover, she seems to be even concerned about others and their feelings.

A Lady With An Outgoing Personality

A 48-year-old lady ensures to share her excitement. She met Peter Sampras due to her outgoing personality. The pair tied the knot on 30 September 2000. She played volleyball and basketball at a young age. We can conclude that she has been interested in sports for a long time.

She loves to interact with people and ensures to maintain good relations with them. Instead of being inactive in her 50s, she opens up and works tirelessly for the welfare of society. With Peter Sampras, Bridgette appeared several times in the media. The couple has a bright future ahead in their lives. 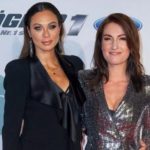 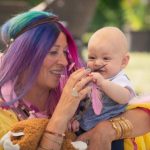