Christopher Allen Sale or more popularly known as Chris Sale is an American professional baseball pitcher who plays for the Boston Red Sox of Major League Baseball (MLB). A marvelous player with a striking ratio of wins, he is the one who was selected as the AL Sporting News Starting Pitcher of the Year in 2017. The list of his awards and winnings is quite long, but his biggest win is the beautiful lady love, Brianne Aron Sale.

Beautiful, charming, and a well-known American model, Brianne has been with Chris for quite a long period. The bond that these two share is so charming. But who is Brianne Aron Sale? Well, read through the article to know more.

Brianne’s Career Is Quite Dynamic

Brianne is an exceptional WAG. She has quite a varied career and has worked on multiple profiles throughout her professional journey. Brianne Aron earned a Bachelor of Arts in Communication from Florida Gulf Coast University.

She started her career in 2005 with Creative Adventures as the character and princess impersonator. After gaining experience, she shifted to Embassy Suites to work in the capacity of a Front Desk Clerk from 2008 to 2010.

But her passion for being a model made her quit her job. She decided to create a portfolio and give modeling a shot, and soon she turned into a full-time model.

Brianne Is A Stunner

Brianne is a model by profession. She is an absolute stunner and looks amazing in all the styles she adorns. With the perfect height and weight, she is blessed with a great physique that makes her look graceful. Her blonde hair with light brown eyes gives her a gorgeous appeal.

Brianne Is Ambivert By Nature

Brianne is not highly active on social media. Though she shares a common Facebook account with Chris, the posts are not quite regular. Even after being a successful model with a huge fan following, she prefers to keep her life private. She does have an Instagram account, but she shares only occasional posts.

Brianne And Chris Married In A Private Affair

There is no doubt that Brianne and Chris are made for each other. The two love birds first met at the Florida Gulf Coast University. Their friendship started to bloom in no time, and they took a step ahead and started dating. After some time, they decided to tie the knot on November 11, 2011, in Fort Myers in the USA. A beautiful and close wedding attended by family and friends made their special day even brighter.

Since then, the two have been inseparable. Living a happy and peaceful life for over a decade, Brianne and Chris are the couple goals to have.

Brianne Keeps Family Above All

Passionate, charismatic, dreamer, achiever, and hard-working all are the right terms to describe Brianne. But above all, she is the one who keeps her family above all. She has been seen supporting Chris at various events.

The beautiful model is also a mother. She has three kids with Chris. In 2010, the couple welcomed their first child, Rylan Sale, into the world while in college. Brayson, the couple’s second son, was born on December 14, 2016. Then, in November of this year, they welcomed their third child. The five-person family is having a wonderful time.

Brianne inspired Sale to donate to Laces of Love, a Florida-based charity that provides shoes to underprivileged children. Brianne learned about charity while volunteering with a nonprofit organization as a class assignment. She met Jeanne Nealon, the charity’s founder, in 2005 and became passionate about the subject. In January 2016, Sale and Brianne helped generate over $2,000 in donations and gather over 500 pairs of shoes by promoting the charity at an FGCU women’s basketball game.

Brianne is a lady of character and one who loves unconditionally. She is one of the very few celebrities with no rumors and controversies. Over 10 years of togetherness and still counting, the couple proved that all you need to be together is love and trust. 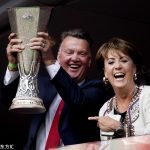 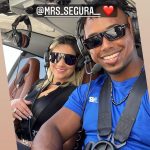