In this article, we’re going to share some juicy details about Ayesha Curry, the wife of the greatest shooter (arguably) in the history of the NBA- Steph Curry.

Biography of a Canadian-American actress

Mrs. Curry was born as Ayesha Disa Alexander on the 23rd of March, 1989, in Markham, Ontario, Canada. A mixed-race child, she’s of Afro-Jamaican and Chinese-Jamaican heritage from her mum Carol’s side. The lady also inherits African-American and Polish genes from dad John’s side. Ayesha has four siblings named Chad, Jaz, Janiece, and Maria and currently resides in Atherton, California.

Ayesha’s unusual interests as a child

Even as a young kid, this girl was a lot mature than most of her peers. Ayesha developed an interest in cooking as a young girl, thanks to her babysitter, and would often entertain her mum’s customers with some delicious Trinidadian curry and roti. She didn’t let her interest die down and endured with it as an adult too.

This lady is all about food.

Once you’ve got your taste buds accustomed to the rich delicacies from around the world, you’re not going to want to lose that palate for a million bucks. Ayesha, thankfully, didn’t. The lady acquired some decent skills in the kitchen and took it to another level when she authored a cookbook called The Seasoned Life. Mrs. Curry has also hosted her own food show (Ayesha’s Home Kitchen) on the Food Network and posts updates about cooking on her Youtube channel.

As practicing Christians, Steph and Ayesha met for the first time in church. She was 14 and had just moved to North Carolina when she met Stephen in a youth group at church. Nothing ever happened then, but fate had other ideas.

Ayesha had moved to Hollywood as a 17-year-old to pursue her other dream. Stephen, who was making a name for himself in college basketball, happened to go to LA for an awards function in 2008. That’s when he asked her out. She had turned him down a week earlier, but the lad was determined. His effort paid off, and the rest, as they say, is history.

When did Ayesha marry Steph? How many kids do they have?

Mr. Stephen is a sharpshooter who doesn’t waste too many opportunities on the court. He’s just like that in real life too. On a rainy evening outside his parents’ house in 2010, the young man popped the question to the lady. Ayesha was left speechless but did manage to utter Yes to him. The couple married in July 2011 in the same church they met as teenagers. A year later, their first child was born. Ayesha and Steph also have two more kids, with the latest addition to the household happening in 2018.

RELATED:20 NBA Stars Who Are Notorious.. For Cheating On Their Wives

This actress has appeared in several guest roles on television. Her debut role was as Cassie Stevens in the TV movie Dan’s Detour of Life. She has also acted in 10 Items or Less, Whittaker Bay, Hannah Montana, and Good Luck Charlie. Ayesha’s only film role yet was in Rom-Com called Love For Sale. Ayesha Curry has also been a judge on TV shows. It’s fair to say that she followed her passion, and it did pay off.

What does Ayesha’s personality tell us about her?

An ideal girl, Ayesha is not the indecisive type and always knows what’s on her mind. She loves to indulge in things that she likes and is by no means a shy girl. She has the perfect work-life balance and sets a solid example for other women to follow. 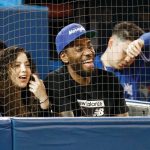 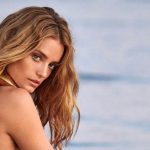