Ashley Ann-Wynter is the demure lady in offensive tackle Andrew Thomas’s life. If you’d like to know more about her, you should read this piece. This information is the first of its kind on the internet, and you will not find this elsewhere.

Biography of a future biologist

Ashley Ann-Wynter was born circa 1999 in Georgia, the United States. This young lady is black and finished high school in the state before pursuing a Bachelor of Science degree from the University of Georgia. Ashley has kept details about her siblings and family private for now.

A hard worker, this young girl knows how difficult it is to be successful in life. She began working as a cashier and a customer service rep at the Tropics Jerk Centre, a Jamaican restaurant, in 2014. Ash wasn’t even sixteen when she began there. She remained with the restaurant for a little over five years before taking up a role with Victoria Secret’s Pink in July 2019. She was with them for five months and then moved to a company called Enterprise Holdings. Her stint as a customer service rep with them ended when the pandemic struck in March 2020. After taking a break for a few months, Ashley joined Unbridled as a remote customer service rep in July 2020. She quit the position in October last year.

What is Ashley Ann-Wynter up to now?

Ashley is nearing the end of her studies which required that she take a break from working. The girl is focused on completing her education for now. She’ll evaluate her options once she has graduated from college.

Ashley Ann-Wynter and Andrew Thomas – How did they meet?

Although Andrew is from Georgia, he didn’t meet the lady until he was in college. When the player found out that she had a liking for music too, he sought her company. The two began dating, but the young man’s ambitions and his desire to make it to the league meant that she took the second spot. Always. Ashley didn’t mind it because she is equally focused on her career and wouldn’t throw it away for anyone.

Is Ashley Ann-Wynter married to Andrew Thomas? Do they have any kids?

This couple has just entered adulthood. It remains to be seen if their relationship would stand the test of time. Marriage isn’t on their minds for now, and they don’t have any kids together.

Who is Ashley Ann-Wynter as a person?

Ms Ashley might be dating a professional footballer, but she is still the shy girl that she was. Ashley doesn’t like attention and does everything she can to avoid the media at all costs. This young lady isn’t active on social media either. She just keeps her head down, works hard, and does the things that make her happy.

An excellent leader who is fiercely independent, this young woman is an ambitious and strong-willed lady who is intellectual yet thoughtful. Ashley loves it when she is appreciated by others. She never wants grand gestures, but it is the tiny ones that count. Ashley is creative and has an appreciation for music and the arts too. She hopes to become successful one day and would like to pursue her dreams without any limitations whatsoever. We wish she attains the success that she deserves. 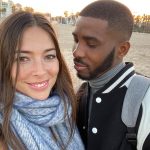 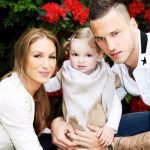