Kyle Walker just keeps on winning as the star player of the blue side of Manchester. But this guy also had a happening life off-the-pitch, with his beautiful British ex-lover Annie Kilner. Read on to know everything about the sublime model.

Annie Kilner was born in 1992. She is a British model and a reality TV star. So, she makes the headlines for reasons other than for being the stunning former partner of the Manchester City maestro. Her family life is a bit of a hush-hush, and the beauty herself never bothered to disclose info on her Kinsmen. But a few facts are known about the star’s professional life. She has worked extensively as a model. As a television figure, Annie appeared on The Real Housewives of Cheshire. So yeah, she is a pretty big deal in England. The beauty approximately has a net worth of $8 million to 10 million, which she earns through her appearances on the television, and through child support.  Her ethereal looks and features played a huge part in landing her roles on TV, but there was enough talent in her to get her going.

A Woman With Quite An Upscale Taste

Annie is said to be a fan of Hollywood. Her favorite actor is Ryan Gosling (well, duh), and her favorite actress is none other than Scarlett Johansson. Moreover, the stunner is also a huge fan of big luxury brands like Chanel, Gucci, Nars, and Tarte. Her bulky purse indeed allows her to splurge on brands like these. The star also likes Italian Cuisine. From these, it’s safe to surmise that she has quite a lavish taste, much like most wives and girlfriends of famous footballers. And the wealth she has earned after working as a renowned television figure for years is enough to sustain her plush living.

When It All Began

Annie and Kyle have known each other since their teen years. They were in high school when they first started going out, so you can just imagine them missing classes to spend time with each other. But their fondness for each ran farther than high school romance. Even after they graduated, the two stuck by each other. Annie once tweeted that it was love at first sight for them, and it’s not hard to believe that. Briefly, the duo was also engaged and all ready to say their vows. They were in love for a long time, and the three children they have together is a testament to the intimacy they once had for each other until the news of their separation took rounds. According to some sources, they faced major romantic bumps back in 2019 and parted ways.

Annie and Kyle share three children. They are named Riaan, Roman, and Kairo. The trio played a key role in keeping the couple together for as long as they did. Apart from these kids, Kyle is also said to have a child, with the social media personality Lauryn. The baby was born sometime recently.

The Two Called It Splits

Annie and Kyle have faced major obstacles during their relationship. The Manchester City player was reported to have been involved with Ex On The Beach star Laura Brown, while still being in a relationship with Annie. This caused friction between the lovebirds. He was then reported to be involved with Lauryn Goodman, an Instagram influencer. This appeared to be the last straw for Annie, which then caused their separation. Annie was heartbroken. Soon after, she met a guy named Josh, with whom she started a liaison.

Where They Are Now

Annie and Kyle remain their separate ways. However, some pictures have emerged that captured Annie walking down a street, still wearing the engagement ring that the Manchester City ace gave her. This sparked the inevitable question; are they planning on getting back together? Well, as things stand, that is yet to be seen. But it won’t be surprising if the two tried to rekindle their love for each other, especially considering that they are parents to three children. For now, the pair is putting their entire focus on their professional lives. 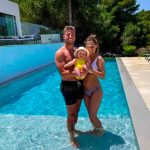 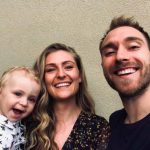