In this post, we’re going to take a look at the life of Anja Škuletić, the lady who broke Bogdan Bogdanović’s heart. Some say he hasn’t been the same since. Join us as we review more about this beauty’s life.

Biography of a heartbreaker

Anja Skuletic was born on April 1, 1994, in modern-day Serbia. This lady completed her formal education in Serbia. Anja’s parents and siblings do not like to be in the public eye, which is why she has kept their details private.

How and when did Anja Škuletić and Bogdan Bogdanović begin dating?

The basketball player first met Anja when he was playing for Partizan Belgrade. His career had just begun, and he was beginning to get noticed. As a man who was full of confidence, Bogdan didn’t shy away when he had an opportunity to ask Anja out. This was in early 2014, and the two began dating. From what we’ve managed to gather, they were very much in love too.

Why did Anja Škuletić and Bogdan breakup?

As Bogdan’s career was getting to the next level, he began focusing on work. It also meant that he’d have to go away to Istanbul after signing a contract with Fenerbahçe in July 2014. The two lovers decided that they’ll give it their everything.

However, in their case, things weren’t meant to be. Anja couldn’t do with him being gone and was not keen on moving away. This woman is too much of a homebody to stay away from Serbia for months on end. In September 2015, they decided to end their relationship. It rocked both of them, and they could barely handle it. At the same time, this couple was clear on what they wanted from life.

What happened to Anja Skuletic after the breakup?

Anja moved on. She had no reason whatsoever not to. A pragmatic lady, Anja Škuletić didn’t wait long before falling in love again. A model turned entrepreneur from Belgrade named Dušan Šušnjar caught her eye. She fell for the Serb, had a daughter with him, and then married the man as well. Anja leads a happy and healthy life in Serbia now. She hasn’t been shy about revealing details about her personal life on social media either.

Who is Anja Škuletić as a person? Some unknown facts

Anja, who led a quiet life until her relationship with Bogdan ended, turned into a model and started promoting stuff. She even made an appearance in a video made by a Serbian pop singer named Saše Kovačevića. Anja has a decent following on Instagram and uses the platform as a showcase of her talent.

A determined person who doesn’t run away from challenges, Anja Skuletic isn’t about doing anyone any favours. This young mum of one from Serbia used to get agitated when her goals weren’t being met. However, her never say die attitude and a willingness to take risks got her where she wanted to be. From what we know, Anja is not the kind of girl who would fear the unknown. This Serbian lady is quite shrewd as well. Anja is honest about what she wants in life and can come across as being an intimidating person. Let’s tell you that she isn’t. She just speaks her mind and values herself to not let people take advantage of her. Anja does what’s best for her. That’s the way it is. 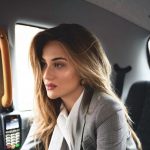 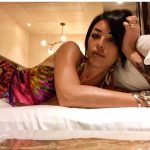