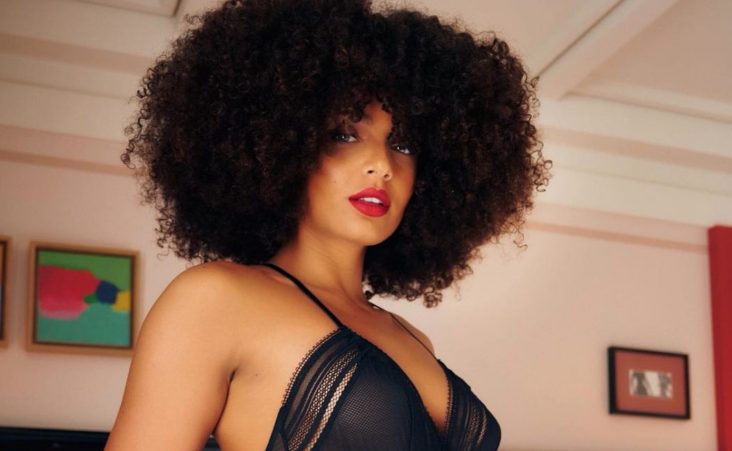 Who is Alicia Aylies? Keep reading to find out more juicy information about the beautiful lady who is rumored to be the girlfriend of the PSG star.

Reports of Alicia being involved with Kylian emerged sometime in 2018. These two have not confirmed their status, but the fact that they haven’t denied it either makes us believe that there could be more than what meets the eye.

Born to Philippe Aylies and Marie-Chantal Belfroy on the 21st of April 1998, this French girl is of Martiniquais descent.

This beauty moved to the northern Atlantic coast of South America when she was two years old. Her parents had split, and little Miss moved with her mum, naturally. Settling in Remire-Montjoly, a suburb of Cayenne, she attended school there before completing her lycée with a degree in science. Attending the University of French Guiana following that, this lady entered the Miss French Guiana pageant and won it in 2016.

The next order of business was competing in Miss France. Do not even have any doubts about who won the title that year. This natural beauty was crowned in 2017. She became the first woman from French Guiana to achieve this honor. As Miss France 2017, Alicia got an opportunity to represent France at the Miss Universe 2017 pageant.

Eyes are the windows to the soul!

But this beauty is more than just her eyes, isn’t she? Standing at 182 cm tall, Ms. Aylies is blessed with a beautiful smile. The Brown-haired beauty queen has brown eyes too. She wears size 7 shoes and measures 37-28-38. That’s bust, waist, and hips. A strict diet and a stricter workout regimen help her maintain her figure.

The summer of 2018 saw Alicia take a trip to Russia. Whilst we thought that she was merely there to cheer her nation, which she did, the diva had a lot more going on. This was also the first time that rumors about her and her boyfriend Kylian began surfacing. She was too keen to see him do well and that means only one thing, doesn’t it?

All women are wise beyond their years. Girls mature a lot quicker than their male friends. This can’t be more true in her case. As an only child, this lady knew the hardship of being alone even as a kid. She matured very well and turned into a kind and gentle soul. She’s also quite the romantic and loves it when she receives all the attention.

What’s Alicia all about?

A calm person, she communicates articulately, but at the same time, she makes sure that she listens to the other person. She is fiercely loyal and gets upset when her feelings aren’t reciprocated. Alicia takes life seriously, for she knows how tough things can get. The diva had to work hard for everything that she has achieved, up until now, which is why she places a lot of value on time.

But she’s the kind of person who’d rather die a rich gal (like the Wolf of Wall Street.) She makes her living by being a professional model. She works with an agency, but thanks to her following on social media, the young woman can break free from the clutches of the third party if she ever wanted to.

This attractive woman doesn’t say much in public. She’s not the one to voice her opinions, and she doesn’t get into arguments. We don’t want her to change, but if she can just confirm a few things about her life, we’d sleep easy at night. 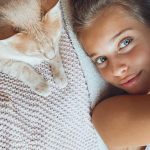 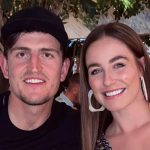