A beautiful woman, a doting wife, and a loving mother, Adrienne Williams Bosh is the better half of former NBA star Chris Bosh. We’ve examined her life in-depth and have presented our findings in this article. It includes some interesting facts and previously unknown details. Read on to know more about this lovely lady.

Biography of an entrepreneurial model

Adrienne Williams was born on April 17, 1985, in Vevana, Indiana, United States. Her mum Susan Chatham is of Scottish, English, and German ancestry, while her dad Rogelio Vargas is Venezuelan. Adrienne has three sisters – Anabel, Analia, and Rachel. She attended the Switzerland County Senior High School in her hometown and graduated in 2003.

The wife of Chris Bosh, Adrienne, began modelling as a twelve-year-old. She got a taste of the industry years before when she entered and won a beauty contest for kids when she was just seven. Being involved in theatre in her school, this young lady participated in the Swiss Wine Festival in 2002 and won the Princess Runner Up. Adrienne Williams moved to Los Angeles when she was seventeen to pursue a career in modelling.

Although Adrienne wanted to become a model, she got to play roles in a few movies and the television. She did good, but this young lady didn’t find her groove in the acting field. Adrienne tried her hand at modelling and was even featured in music videos and advertisements. She appeared in photoshoots and magazines before becoming a club promoter. Adrienne Williams Bosh ran a club promotion business called Diamonds & Dimes Entertainment in Cincinnati, Ohio, before trying her hand at a boutique business called Sparkle and Shine Darling in Miami. She had to close it down after moving away from the city in 2018.

Chris and Adrienne Williams Bosh – How and when did they meet?

Chris and Adrienne began dating when the basketball player was still in Toronto with the Raptors. This was sometime in 2009. Adrienne fell in love with him even before he became a superstar. She did know that he was a basketball player, but the lady wasn’t in it for the fame or the money. Adrienne got together with Chris for all the right reasons, and the universe let it happen.

Are Adrienne and Chris married? What about kids?

The 6 ft 11 in former player didn’t waste any time to get down on one knee. In August 2010, just a month after he had signed with the Heat and a year after he began dating Adrienne, Chris Bosh asked her the question. Adrienne did not even think twice to say yes. Less than a year later, this couple tied the knot in Miami, Florida. Adrienne and Chris have four children together. Their firstborn, a son named Jackson, came around in 2012. Their next child was a girl named Dylan, born in 2013. Adrienne also gave birth to twins Phoenix and Lennox in 2016. In addition to her four children, the lady is also the step mum of Chris Bosh’s daughter from a previous relationship.

Did you know that Adrienne Bosh loves helping people?

Yes, this woman is a philanthrope. Adrienne loves helping people and often works with Chris to help the less fortunate. She has worked with numerous charities in the Miami area and even founded a mentorship program called Vice President of Team Tomorrow Inc. Adrienne has done her bit to give back to the community and has led by example. We wish more people, especially celebs, understood the importance of actively indulging in charitable acts. 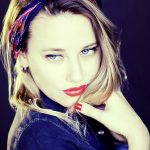 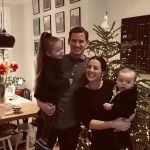