Footballers have a massive fan following in the world. Peter Crouch is a handsome footballer that has garnered fame worldwide. He has turned several regular people into football enthusiasts. Peter Crouch is an outspoken man. He is married to one of the most beautiful WAGs in the world – Abbey Clancy. She is a beautiful woman with a successful career like her husband. Unlike other WAGs, she has spoken to the media several times. There is a lot of information about this person, so buckle up.

She Is A Supermodel

Abbey Clancy is an excellent catwalk and runway model. She has associations with several fancy brands. She has built a successful career in the fashion industry. Abbey has remained at the top despite her age and familial responsibilities. She has also acted in some shows, making her a famous TV personality. Clancy is the runner-up of the popular show Britain’s Next Top Model (cycle 2) in 2006. She rose to fame after starring in Britain’s Next Top Model. People gushed over her beautiful features and charismatic personality. Abbey also participated in another reality show – Strictly Come Dancing in 2013. After becoming the winner of Strictly Come Dancing in 2013, her modeling career skyrocketed to great heights. She has worked as a presenter for Britain’s Next Top Model since 2015.

She Came From A Sport-Loving Family

Her birthplace is Liverpool, England. She spent her childhood in Liverpool surrounded by love and affection from her parents and siblings. She was the second-oldest of the four children in her family. Abbey is the daughter of Karen and Geoffrey Thomas Clancy. Her childhood was happy, and she displayed a flair for performing arts from a young age.

However, her brother became a sportsman. Her brother, Sean, was a player in the A.F.C. Telford United. It is a team based in the United Kingdom. Her brother has also had his share of the television limelight. He appeared on the E4 reality series Desperate Scousewives. The show was short-lived, but Sean became famous because of it.

She Was A Born Performer

Abbey was born with a beautiful voice and immeasurable confidence. She ensured to make her presence known in any room. Abbey displayed an interest in performing arts from a young age. She loved fashion and makeup. As a child, she formed a girl band named Genie Queen. It was her first step towards entering the world of fashion, modeling, and performance.

It Was Love At First Sight For Her And Peter

She met Peter in 2006 and began dating him. Their personalities meshed well with each other. Abbey and Peter are both ambitious people that go after their goals. They do not care about the circumstances blocking their path. If they want something, they get it. It was this aspirational attitude that made them an excellent team.

Children Put Pressure On Their Relationship

They fell in love and engaged in 2009. They stayed together as fiances for a long time. When they knew they were perfect for each other, Abbey and Peter married in 2011. After their formal union, they thought they would live happily ever after. However, the couple experienced some marital issues. They found it hard to juggle their professional lives after their children came into the picture. They have four children – Sophia Ruby, Liberty Rose, Johnny, and Jack. Abbey revealed that she almost split from her husband after finding out about her fourth pregnancy.

However, they saved their marriage with communication and love. Their commitment to their family and each other is commendable. They live a hectic life with their four children. It is hard to handle a large family and a successful career. However, Abbey and Peter proved everyone wrong.

Abbey and Peter are a lucky couple who communicated their way out of a separation. They are a couple that serves as an inspiration for other people. Abbey and Peter have shown their dedication and commitment to their relationship. They are the physical representation of a match made in heaven. The most significant values for them are discipline, ambitiousness, and hard work. Hopefully, other people learn from their experience of professional and personal achievements. 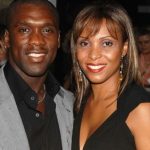 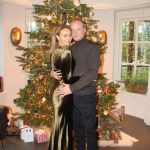