Melissa Rauch is the woman who played Bernadette in one of our favourite TV series ever. The man in her life is an amazing gentleman who goes by the name of Winston Beigel. Her relationship with him has stood the test of time. Winston got us interested in more than one way. Keep reading to discover what we’ve learnt about him.

Winston was born on February 20th, 1979, in the USA. This American completed schooling and went on to study at Marymount Manhattan College, and it turned out to be a life-changing experience for this shy bloke. As far as his parents, Winston hasn’t talked about them at all. It’s unclear if he has any siblings at all.

Marymount Manhattan College was where Winston met Melissa. As an awkward kid who enjoyed being on the sidelines, this gentleman began seeing something in Melissa. He befriended her at first before being romantically involved with her. Winston knew that Melissa was the one for him. She reverberated with him on every level, and even their sense of humour was eerily similar.

Upon discovering that they had similar tastes, Winston and Melissa began writing together. They really enjoyed what they were doing, but things weren’t the same after these two graduated. Melissa found out that she could be a successful actress and followed that path, whilst Winston was very clear about what he wanted to do with his life. He missed writing with Melissa, but he knew that he couldn’t keep her chained.

Marriage wasn’t a hard decision for this couple at all. The only regret that these two had was that they hadn’t met sooner. Melissa was longing for the man to propose, and when he did, she was overjoyed. The couple married in 2007 and were living a joyful life before tragedy struck. However, these two didn’t let that rock the boat. They powered through their troubles and have made it halfway across the pond. Winston had no qualms about taking up his wife’s surname, and he has no trouble being himself when he’s with her. These two best friends even have two children together, a daughter named Sadie and a son named Brooks.

What’s Winston all about?

From what we’ve learnt about this man, we understand that he’s a docile human being who avoids confrontation at all costs. Winston just loves to write and isn’t afraid of letting his woman steer the ship. It takes a little bit of bravery to live like Winston, and it’s not for everyone. Please don’t try this at home. 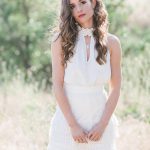