Mandy Moore is a well-known American actress, songwriter, and singer. The RIAA awarded platinum certification to her 1999 studio album ‘So Real.’ Moore further issued various studio albums: Mandy Moore, Coverage, Wild Hope, and In Real Life. She played ‘Jamie Sullivan’ in love story-based movie named  ‘A Walk to Remember.’ She voiced ‘Princess Rapunzel’ in the movie ‘Tangled.’ Moore played ‘Rebecca Pearson’ in the NBC family drama series ‘This Is Us.’ Moore received a star on the Hollywood Walk of Fame in 2019.

Besides having a successful career, Mandy owns a beautiful and successful love life. She is married to charming Taylor Goldsmith. So, let us know more about this amazing husband of Mandy.

After attending Juan Cabrillo Elementary, Taylor and his family relocated to Malibu. He earned his diploma from Malibu High School. Taylor loved music because his father was a prominent singer who toured as the main singer of the band – Tower of Power.

At age 3, he started taking guitar lessons. He made friends with American vocalist Blake Mills in high school. He enrolled in numerous music lessons to learn to play the guitar and keyboard and sing to upscale his career.

With the rock group ‘Simon Dawes,’ created in 2002, Taylor’s musical career started. Grant Powell (bass) and Dylan Grombacher (drums) were among the band members over the years. Simon Dawes inked a deal with the record label after releasing the EP ‘What No One Hears’ on October 11 under the ‘Record Collection’ banner. The group’s full-length album, ‘Carnivore,’ was released in September 2006. After Blake quit the group in 2007, ‘Simon Dawes’ dissolved.

Taylor and Griffin changed the name to ‘Dawes,’ with Griffin serving as the drummer and Wylie Gelber as the bassist, and Tay Strathairn was added as a new member. On August 18, 2009, they released their debut album, ‘North Hills,’ to largely positive reviews.

As a co-producer with American country musician Jonny Fritz, Taylor published his debut album, ‘Dad Country,’ in 2013. Taylor contributed to the album’s background vocals and playing the guitar. For the 2014 undertaking known as ‘The New Basement Tapes,’ music producer T Bone Burnett enlisted Taylor. Also, Taylor was the lead vocalist for the song ‘Liberty Street’ from the debut album, ‘Lost on the River: The New Basement Tapes.’ Six of the album’s songs were written by him. The album’s song ‘When I Get My Hands on You’ was also co-written by Taylor. Also, Taylor has worked on songs for ‘The Lights from the Chemical Plant,’

The two started dating around 2015 but kept it secret for almost 2 years. It was in September 2017 that the two got engaged. They had an intimate yet stunning wedding in Los Angeles on November 18, 2018.

Mady And Taylor share great personal as well as professional chemistry. ‘Dawes’ music video for ‘Roll with the Punches’ features Mandy. The song ‘Invisible Ink’ was their most well-known joint effort. Today, the two have a son named Gus, who was born in February 2021. Also, the two are expecting a second child.

Both of them look amazingly beautiful together and share a similar passion. Both of them love to hike and compose great music. The duo has hiked Mount Kilimanjaro together.

While Taylor keeps his 80.9k Instagram followers posted about his life, we hope to get the news of the baby soon. The two with their kids look very happy together, and catching a glimpse of this beautiful family is blissful. 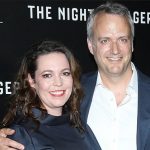 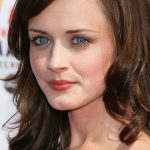