Fiona Shaw is an Irish actress who has appeared in theater productions and motion pictures. She is best known for playing Petunia Dursley in the Harry Potter film series (2001–2010), Marnie Stonebrook in the HBO series True Blood’s fourth season in 2011, and Carolyn Martens in the BBC series Killing Eve (2018–22).

The Royal Shakespeare Company and the National Theatre have both benefited greatly from Shaw’s work. She received accolades for her performance in Electra in 1990, Machinal in 1994, and The Waste Land in 1997. She also received the Olivier Award for Best Actress in 1994.

In 2001, she received a CBE with honors. On The Irish Times’ ranking of Ireland’s top film actors for 2020, she was ranked as high as No. 29. Not only is Fiona highly successful in her professional life, but she also enjoys a great personal life with her lady love Sonali Deraniyagala.

Sonali is an amazing lady with an amusing history, but very little is known about her. So, here let us know more about her personality and life.

Sonali Is From Sri Lanka

Sonali Deraniyagala was born in Colombo, Sri Lanka, in 1964. She spent almost her entire childhood and adulthood in Sri Lanka before moving to the USA to pursue her education. The details of her parents or siblings are unavailable as he prefers to keep life private.

Compared to other WAGs, Sonali is a highly educated and decorated person. She earned her doctorate from the University of Oxford and her undergraduate degree in economics from Cambridge University.

Sonali Is Simple And Attractive

Sonali is a very simple lady. She is of average build and has black hair. Her deep black eyes add to her indigenous beauty most profoundly. She usually wears simple clothes and mostly avoids makeup. Additionally, she is away from any kind of controversies or negative limelight.

Sonali Had A Tragic Past

Sonali is a very brave lady. She has a tragic past, yet she is determined to move ahead in her life. She was married to economist Stephen Lissenburgh. During a vacation in 2004, she lost everything. She lost her two sons, husband, parents, closest friend, and the mother of her best friend in the Indian Ocean tsunami while on holiday in Sri Lanka’s Yala National Park in December 2004. She was 2Km inland when the tsunami hit, but she managed to hang on by holding onto a tree branch.

Sonali Is An Economist And Memoirist

She is a research scholar at Columbia University in New York City and a faculty member in the Department of Economics at SOAS, University of London. To remember and honor her family, she wrote a memoir named Wave in 2013. It won the 2013 PEN Ackerley Prize and was a finalist for the 2013 National Book Critics Circle Award for Autobiography. In Sri Lanka’s educational system (O/Level), a prose portion of this book is currently required reading for English literature.

Sonali And Fiona Are Married

After such tragic events, Sonali again found happiness in her relationship with Fiona. The two got married in 2018. Even though the details of how they met and started dating are not revealed, the two are seen together on various occasions.

Sonali Is Away From Social Media

Sonali is not a fan of social media. She does not hold any Instagram account, nor has she shared details of her relationship and marriage with fans over any social media platform. She believes in simple living.

Sonali and Fiona are deeply in love and are great together. The two have found love in each other after years and are ready to take their life ahead. Both of them support each other greatly. The couple proved that there is no right age to find love. We hope to see more of these two together. 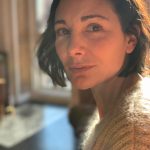 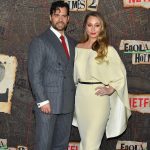