Patricia Allison is a well-known English actress and television personality from the United Kingdom. Allison had a small part in the 2018 BBC miniseries adaptation of Les Misérables, playing the role of Marguerite, before making her breakthrough as Ola Nyman in the comedy-drama series Sex Education, which launched on Netflix in 2019.

When she was 10 years old, she made her debut on stage in an Oliver Twist play at the Royal Opera House. Her post-secondary education included two years of musical theater training at the Colchester Institute and four years at the East 15 Acting School in Loughton, Essex.

She has a large following on Instagram and is adored by those of the millennial age. The unfortunate news is that she has stopped working at Sex Education. She did not disclose the reason for leaving but said she is looking forward to new and interesting opportunities.

This young actress is dating an actor, Phillip Walsch. Less known about him and their love life. Let’s find out more details.

Phillip Is A Charming Actor

Philip received his Bachelor of Arts in Acting from East 15. While training, he played the main part of Platonov in Chekov’s “Wild Honey,” directed by John Gillett. This great actor also played the role of Arno in the German television movie “Tiefe Wunden.”

‘Blue Stockings,’ is where he had a role, allowing him to develop his abilities in playing many characters. Philip portrayed five distinct parts during the play, each of whom had a distinctive regional dialect and was of different age. His personas spanned from the sexist and high-spoken, giving him a wonderful chance to express his creative side.

Philip Is Good At Dancing

In the Restoration drama ‘The Country Wife’ written by William Wycherley, Philip was allowed to exhibit his skills with classical material. Philip devised a dance sequence for the Heiner Müller project that East 15 was working on.

In the future, this open-minded performer said he wanted to maintain a career that strikes a good balance between cinema and theater.

His admirers are blown away by the stunning good looks of this young poet. When you look at his picture-perfect body and extraordinary features, you can’t help but be amazed. His style suits his physicality, as his voice compliments his words. This guy’s hair is bright black, his jawline is chiseled, and the way he dresses indicates his unique sense of style.

Philip Is An Active Participant In Social Media

This young actor has an Instagram account, and the 1743 people who follow him there have been drawn in by the beauty of the photographs he posts. He also shares the beautiful moments he shared with his girlfriend in his profile. The vast majority of his updates are focused on his acting profession and the many movies and episodes on cinema and television he has featured.

Philip Is A Multi-Talented Man

This dazzling actor spent his time in Berlin, Africa, and Germany and landed in London to study acting. His interest in acting began to develop, and he participated in school plays, professional acting gigs, and drama school. Philip considers himself an open-minded performer who seeks to broaden his horizons and take on new experiences. Apart from his acting skills, Philip also possesses skills in writing, Drumming, Guitar (basic), snowboarding, scuba diving, sailing, and surfing.

Philip Is A Remarkable Man

Even though he has not updated his profile with any new information about his girlfriend in a considerable time, he has not deleted any of the pictures she has taken with him in the past.

These love birds kept their relationship intimate, but their pics on social media demonstrate that they are head over heels for each other. Let us hope to see their happy life together shortly. 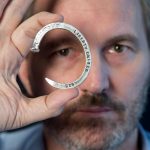 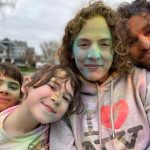