Firstly, we were pleasantly surprised to learn that Eric Stonestreet was a straight man. His performance as Cameron Tucker in Modern Family was so convincing that we thought that he was gay in real life too. It looks like we were wrong because this gentleman is with a gorgeous woman named Lindsay Schweitzer. We wanted to know more about this female, which is why we got to work. Why don’t you read on to find out what we’ve managed to find out?

Lindsay Schweitzer has a big heart!

Lindsay’s early years are a complete mystery to us. However, we know that she was born circa 1980 in the USA. Her dad was into pig farming, but not much is known about his mum. Lindsay doesn’t talk about her parents or even her siblings, for that matter. As a youngster, she wanted to help people and adored children. The thought of them being hurt was too much to take for Lindsay. That’s why she decided to become a pediatric nurse.

Lindsay’s work was what got her on Stonestreet!

As a pediatric nurse who was working in Kansas City at the time, Lindsay was attending a charity event called Big Slick. Eric was there at the event too. She recognised him, but it was not love at first sight for her. The man knew how to make her laugh, and as a woman who needed that the most in her relationship, she found Eric to be the perfect one. They started dating soon, and the relationship was made official a year later when Eric confirmed it to PEOPLE magazine.

Sometimes, we’re not sure what people are even thinking. They surprise us, and it’s not a good surprise. When you meet a woman like Lindsay, you do not waste any time whatsoever. However, Eric didn’t think the same. He wasted a whole five years before getting down on his knee and asking her the big question. He did it on camera, and it was an impromptu moment. However, we don’t think that they’re married just yet. Eric is probably going to wait for another five years before he ties the knot. Will someone talk some sense into this man, please?

Did we mention Lindsay loves kids?

We know we did. That’s why she has two of her own as well. Lindsay has twin boys from a previous relationship, and they are about 10 years old. We’re not sure if she was married before, but we know that she loves her kids dearly. The boys spend time with her and Eric. We think they’ve grown fond of their mum’s new partner. A little birdie even told us that the boys helped Eric with his work. Isn’t this a beautiful relationship? It remains to be seen if Lindsay will have any kids with Eric. 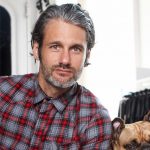 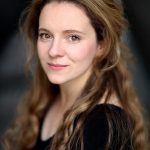