Kevin Alejandro, a profound working man of television, gained fame by playing various parts, but his portrayal in “True Blood” (HBO, 2008-) propelled him to stardom. After graduating with a degree in acting, this native of San Antonio, Texas, went on to get experience performing at the National Theatre of New York before relocating permanently to LA.

He appeared alongside the best performers and collaborated with imaginative experts in the industry. His incredible work earned him nominations for the Emmy, Imagen, and Golden Globe awards. Some of his outstanding works can be seen on True Blood, Southland, Sleeper Cell: American Terror, ABC’s Ugly Betty, CW’s Arrow, and CBS’s The Golden Boy series.

This great individual was determined to investigate the potential of filmmaking. In 2017, Kevin completed the Directors Guild of America Directors’ Orientation program and the Warner Bros. Television Directors’ Workshop. Since then, Kevin’s dramatic comedy short titled “Bedtime Story” has been recognized with two awards: “Best Director” and “Best of Festival.”

This multitalented personality has also been awarded great praise for his literary abilities. The Talk, a short film by Kevin, has been shown at several film festivals. In addition, the short movie Adult Night was directed by Kevin ad his spouse.

This incredible man is married to Leslie Alejandro. So little is known about his spouse; let’s dig deep to learn about her.

Leslie And Kevin Are A Fantastic Pair

According to internet sources, when Kevin Alejandro was helping a buddy move into a new apartment, he first met Leslie. Soon after, the two began a romantic relationship that ultimately led to marriage in 2004 and shared an extraordinary life journey with many ups and downs. The couple currently has one kid, Kaden Michael Alejandro, born in 2008.

Leslie Alejandro is an accomplished photographer, director, producer, and filmmaker who has spent most of her life in the entertainment sector. She began her career as a professional musician when she was 15, and it spanned twenty years of her life. After that, she changed her attention to publishing and worked for seven years as a partner and executive director at a digital magazine that covered celebrities and fashion.

Her ability to convey a narrative via images and composition made her realize that cinema was where she wanted to spend her life. Her filmmaking credentials include the documentary film on surrogacy titled “She’s Having My Baby,”  Smile,”  and the feature film Adult Night.

Leslie Is A Skilled Photographer

Leslie worked on many sets for a long time before she realized that she loved photography and chose it as a profession. As a result, her work has been highlighted in several publications, including Vanity Fair, Variety Magazine, GQ, Men’s Health, Teen Vogue, Women’s Health, The Wrap, and Nylon Magazine.

Leslie Is A Humanitarian

This remarkable woman has been an active member of the Human Rights Campaign for over a decade. She fights for the unity and exposure of women and people of color “above and below the line” in the film industry. She thinks that kindness and empathy may be discovered worldwide by sharing the histories and experiences of various cultural groups.

Leslie Is Active On Social Media

Apart from her busy career, this lovable lady shares her life events with her fans through social media handles. Her posts and reels depict her photography skills and her relationship with her spouse, family, and friends.

When developing personal relationships based on mutual respect, compassion, and healthy boundaries, this stunning person has some excellent tips to share. She discusses her dating habits before she met Kevin, how she learned to establish boundaries,  and how they have placed each other first through it all in a podcast.

Leslie and Kevin share an incredible bond and are perfect in every way. They have set a couple of goals everyone can follow. Let this family of three lead a fruitful life soon. 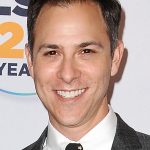 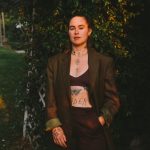