Thank goodness there aren’t any people who flocked tigers out there. Not that they could ever be herded or domesticated the way horses are. Because if there was a way, and if God Forbid, some man did it for a living, Kaley Cuoco would be all over him. The only common thing that connected Kaley with Karl Cook was their love for animals, horses especially. Upon digging into their relationship, we found some interesting bits we thought you might like. Keep reading to find out, will you?

Karl was born to Scott Cook and Signe Ostby on December 25th, 1990, in California, USA. His dad is a billionaire who is best known as the co-founder of Intuit. Scott also happens to be on the board of eBay and Procter & Gamble. Signe used to work for P&G before becoming involved with Software Publishing Corporation. SPC made productivity software for PCs. Karl has two siblings, a brother named David Bryn and a sister called Annie Laurie. He has been into horses all his life and was a successful junior equestrian champ who began riding when he was just eight years old. His love for horses was what got him involved with Kaley, by the way.

Kaley, who had split from Sweeting, was at a horse show in 2016. Karl was in attendance too. The two of them clicked, and it was love at first sight. Kaley understood that both of them were extremely passionate about animals and figured that it would keep them together for the rest of their lives. They began dating soon after.

Karl is a rider, and he knows the importance of doing things at the right moment. That’s why he didn’t hesitate to propose to the actress on her birthday in 2017. She said yes, and the two of them married in June 2018. Their marriage was one of the most bizarre things we’ve ever witnessed in our lives. It’s as if we could obviously see that these two were not meant to be together in the first place. Kaley and Karl spent much time away from each other. In fact, they were living in separate houses for much of their marriage. We’ve heard about couples sleeping in separate beds, but this is a first for us. The two of them moved in together briefly during the pandemic, but everything ended in 2021. Their divorce was finalised in June 2022.

Did Karl dodge a bullet?

Who knows what might have happened had he stayed on with Kaley for a lot longer? But this rider times everything to near perfection. He tried it out with Kaley but ejected when he realised that it was never going to work out. He didn’t want to drag it on for any longer than necessary. It does say a lot about this man, doesn’t it? 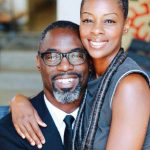 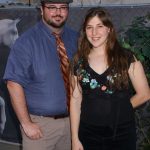