Anya Chalotra is a real-world witch too. This young lady has managed to grab the attention of a good-looking bloke and has maintained a positive relationship with him for over two years now. We heard that Anya is taking it to the next level with Josh Dylan, and we’re excited for them. But who on earth is this man? Why don’t you find out for yourself?

Born to parents Luther and Mitchell Dylan in London, England, this young man grew up in the capital along with his sibling Anita. He was quite interested in becoming an actor from an early age and didn’t let distractions alter his course. Josh attended the Guildhall School of Music and Drama to hone his skills before going to act as a professional. Thanks to his talents, this man landed the role of Captain Adam Hunter in the 2016 film Allied. Since then, he has appeared in two other films. Josh has also played roles on the telly. Playing Todd Alan King in The End of the F***ing World gave him his TV debut. He has also acted in Noughts and Crosses and The Buccaneers.

We’ve known that these two have been dating since early 2020. The first time we heard about Josh and Anya was about a week or two after Valentine’s day that year. Josh had posted a picture of Anya, but he had covered her face up with a sticker. However, it wasn’t very hard to know that it was Ms Chalotra. Josh realised that he had a mistake covering her up, and revealing her identity to the entire world was a no-brainer for him. Josh and Anya have been strong in their relationship.

The evolution of Anya Chalotra’s love life with Josh Dylan

Josh is madly in love with Anya. He has grown so fond of her that he can’t imagine his life without Anya in it. It’s not just that, as well. Josh Dylan has grown increasingly fond of Anya’s folks too. This man is clearly playing the long game. He would love to see his relationship get to the next level with Anya. However, we know that Anya Chalotra is a very private person. She doesn’t like talking about her personal life, and it remains to be seen if she’s going to take the plunge with Josh. We don’t think we can see why she won’t. 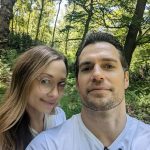 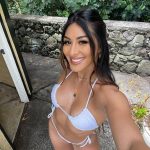