Ty Burrell is the actor who played Phil Dunphy in Modern Family. The comedian is a well-known character and a charming individual. That’s why he has landed a woman as beautiful as Holly. Read this article to know more about the better half of Ty off-screen.

The early life of Holly Burrell

Holly comes from a close-knit Mormon family. This lady was born on the 25th of November, 1975, in Fruit Heights, Utah. Her parents were into art, music, and gardening too. We’ve learnt that her childhood was full of love, and she absolutely loved her home state. Holly studied theatre at the University of Utah and pursued her dreams which led her to meet Ty.

Ty was going to be an actor from the beginning. However, we were surprised when we found out that Holly was into it as well. Well, she did enjoy acting and performed at the Shakespeare festival in DC. That was where she met Ty. The two of them shared similar interests, and when she found out that he was into her, Holly didn’t think twice when he asked her out. This was one of the best decisions she made in her life, and she never fails to appreciate what she has.

As much as we’d have wanted them to wait until they were married before they made life-changing decisions, Ty and Holly decided that they weren’t going to go slow. The couple moved in together whilst they were in DC. They pretty much told everyone that they were ready for the next stage of their lives. Ty asked Holly the question, and when she said yes, the man married the woman of his dreams. The ceremony took place in August 2000, and it was a closed affair. Although we have learnt that Ty couldn’t have kids of his own, Holly has been generous with him. The couple adopted two beautiful girls named Frances and Greta. Their family has been very supportive too, which is why their relationship has stood the test of time.

By now, you know that Holly was into acting too. However, she grew tired of it somewhere along the way. She had already figured out that her passion lay elsewhere. Holly pursued a bakery program at the French culinary institute and has fully immersed herself in the idea of becoming a cook. She thoroughly enjoys it and has been juggling cooking, parenting, and being a wife like a pro. If Holly’s life tells us something, it is that we should never ever hesitate to follow our passion. We never know where it might lead us. 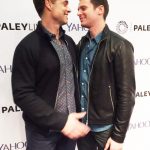 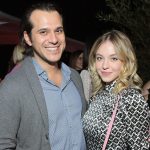