A Christmas miracle, Georgia Elizabeth Tennant, is the wife of Reverend Harry Watling. Scratch that. She’s the wife of the guy who played Reverend Harry Watling in Inside man. Scottish actor David Tennant has been Georgia’s husband since 2011. But who was Georgia before she met David? How has marriage changed her life? We found out the answers to all these questions and much more? Are you curious to know? Just keep reading, then.

Georgia Elizabeth Moffett was born on the 25th of December 1984 in Hammersmith, London, England, to Sandra Dickinson and Peter Davison. Both her parents are actors, and they were married until 1994. Their relationship ended, and it meant that a young Georgia was at her most vulnerable stage then. Her parents tried to be civil about their split, and thankfully, Georgia didn’t feel too big of an impact. This actress attended St Edward’s School in Oxford before embarking on her acting career.

Georgia Moffett’s first appearance on the telly was way back in 1999 when she played Nicki Davey in Peak Practice. Since then, she has played various roles and has been completely satisfied with everything that she did. She appeared in a short film called 96 Ways to Say I Love You in 2015 before going on to appear in her first feature film called You, Me and Him in 2017. She even produced both those ventures. Georgia has been on the radio and has performed on stage too. However, television has been her bread and butter, and it doesn’t look like it’s going to change anytime soon.

This young woman didn’t know that Doctor Who would change her life for good. Playing the genetically engineered daughter of the Tenth Doctor, she fell for David but didn’t think that her relationship with the man would come this far. She was on the show for just one episode, and this was in 2008. If you had asked us, we wouldn’t have been able to call it either. But that’s how life works, doesn’t it?


Georgia, becoming Mrs Tennant and what followed after!

It didn’t take David a lot of time before he proposed to this young woman. In 2011, the couple were married. She chose a December wedding and was engaged to the man since January of that year. 2011 also happened to be big for another reason. Her second-born, a girl named Olive, came into this world in March of that year. Georgia had her first kid, a son named Ty when she was just seventeen. This was from a previous relationship. David was incredibly supportive of the woman and her first two kids which is why she decided to have three more kids with the man (a boy named Wilfred and two daughters named Doris and Birdie). Life’s half done for her now. Isn’t it? 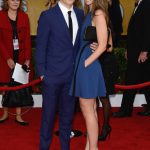 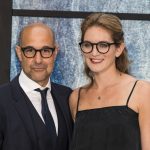