Taylor Jane Schilling is a well-known actress from the USA. She is most recognized for her performance as Piper Chapman in “Orange Is the New Black (2013–2019)”, an original Netflix comedy-drama series. Taylor was recognized for outstanding performance with Primetime Emmy Award nomination and two Golden Globe nominations. She made her acting debut in the drama film Dark Matter in 2007. In addition, she had a role in the drama series Mercy (2009–2010). Her previous films include The Titan, the comedy Take Me, The Lucky One, and Atlas Shrugged: Part I.

She started acting early and was a big admirer of the NBC medical drama ER. As a result of her participation in the middle school’s “Fiddler on the Roof performance,” she got involved with the theater department at her school.

After completing her undergraduate studies, Schilling received a Bachelor of Fine Arts degree in 2006. She enrolled in a graduate acting school but quit the program after two years. Instead, she worked as a nanny for a family in Manhattan.

This stunningly beautiful work was recognized with several awards, including the Webby Award, the Satellite Award, and the Screen Actors Guild Award.

Emily Ritz turned out to be the one true love for Taylor, and the two of them make an incredible couple. But very little is known about her, so let’s try to find out more.

Emily And Taylor Are A Cute Pair

According to sources, Emily and Taylor first became acquainted via their shared friend group, and their relationship quickly developed into a loved one. This adorable pair made the news public in June 2020 about their passionate connection. Not only did Emily come out as bisexual, but she also confessed her true love.

She posted a sweet photo of herself and her lover with the caption, “I couldn’t be more pleased to be at your side @tayjschilling, Happy Pride!

Following this, Taylor confirmed the connection to all of her followers by reposting Emily’s Story on her own Instagram account.

Emily Ritz is a prolific artist and musician in Hudson, New York. Emily creates compassionate, experimental art that relies as much on the harmonic hollows of the natural world as she does on personal experience. Her prints, paintings, and ceramics all include realistic patterns of flora and coral. They are pleasing and provide a little reprieve from the horror and insanity that are now attempting to throw humanity off its center of gravity. In addition, this incredible lady has self-published a coloring book called “Lumpland Coloring Book,” which has her beautiful flowing lines ready to fill in.

Emily’s musical career started in California, where she formed the bands Yesway and Honeycomb, and she has been a traveling musician for over a decade. Ritz’s style is enticingly off-kilter due to her unique melodic choices and imaginative use of electronic manipulation, both present despite the traditional components of jazz and R&B in the music. She can weave intricate harmonies and avant-garde patterns with her voice.

In 2018, Emily independently released her first album titled Pattern Recess. This stunning individual also came out with her second album, “In Love Alone,” in 2021. This album features spacious and expansive neo-soul music with a psychedelic pop edge.

Emily’s beautiful works are shared with fans through posts and reels on Instagram. This beautiful lady loves tattoos themed with flora and fauna. With 14.9k followers, this great artist stole the hearts of many with her extraordinary skills.

This stunning person, busy in her creative world, had a special place for Taylor, her lady love. Though not publicly seen together often, they share an impeccable bond.

This multi-talented individual investigates the inherent duality of life through contrasting themes such as loneliness and catharsis, desire and healing, and isolation and love. Let’s hope this stunning couple share blissful life together. 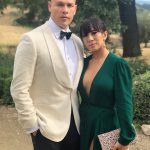 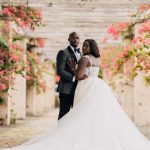