Emma Margaret Marie Tachard-Mackey is a young and dynamic French-British actress. Following modest appearances in individual and short films, Mackey had her breakthrough as Maeve Wiley on the Netflix comedy-drama series Sex Education, for which she received a nomination for a British Academy Television Award. In addition, this young actress has acted in the drama films Eiffel, Death on the Nile, and Emily. Emma’s first leading role was in Emily, and she will be appearing with her co-stars.

Emma Margaret Marie Tachard-Mackey grew up in Sablé-sur-Sarthe and graduated from l’académie de Nantes, a French school system, with High Honors. She then relocated to England to learn English literature.

For a while, this lovely actress dated Dan Whitlam. Less is known about Dan; let us learn more about him.

Dan And Emma Had A Relationship

According to internet sources, the couple has been dating for at least two years. The pair traveled on vacation to Cannes in the south of France with a number of their friends, and both Mackey and Whitlam shared pictures of their time in the sun in France during their trip.

Also, Mackey and Whitlam haven’t been seen together in public for quite some time, which suggests that they are either attempting to keep their relationship under wraps or have ended it and moved on with their lives.

Dan Is A Rapper As Well As A Poet

Dan’s approach combines jazzy UK hip-hop rhythms with passionate lyrics, earning him a spot as one of the fascinating up-and-coming artists. He has a particular vocal tone and delivers his songs carefreely. Following a string of successful concerts throughout the London gigging scene, this hunky poet’s work has been broadcast on Radio London.

Dan received his acting training at the Guildhall School of Music and Drama. One of Dan’s poetry videos on TikTok reached over one million views, which led to Dan being viral on the platform.

The dashing leading man is also skilled at playing the piano, dancing in the manner of the 20th century, and even freestyle rapping!

Dan’s Incredible Work Can Be Found On Music Channels

As a result of Dan’s first public release, “Exit Sign,” being included on Spotify’s “New Music Friday” playlist, he has cultivated a natural fan following of hip-hop fanatics and poetic lovers. Next, he introduces “Collecting Conversations,” his very own podcast, in which he will combine his style of spoken word poetry and rap, which will be put over soothing instrumentals and loops.

This incredible celebrity is very active on social media and keeps his followers interested by posting updates on his career and personal life. His Twitter and Instagram accounts are both very popular due to the incredible photos, poems, and videos he posts. The fact that Dan has more than 11,300 followers demonstrates that he has a sizable fan following that is looking forward to his next works.

The stunning good looks of this talented young poet astound his admirers. It’s incredible to look at his picture-perfect body and extraordinary features. His style complements his physique like his voice complements his poems. This guy has red hair and a sharp jawline, and he dresses in a way that demonstrates his distinct sense of style.

Dan Is A  Remarkable Man

Even though he has not posted anything new about his girlfriend in quite some time, he has not removed any of the previous pictures she took with him. This demonstrates that Dan might still be interested in her.

After facing numerous life challenges, Dan can focus solely on achieving his professional goals. Since Dan and Emma have reached a point in their life where they are content, Let’s wish for further success and happiness for both of them. 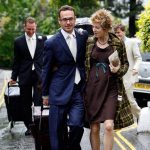 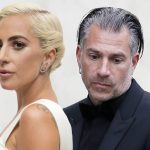