Cristina Peña Raigal is a Spanish actress who was born on the 27th of July 1976 in Granada, Spain. She has performed for well over twenty years. However, interest in this woman has piqued since people found out that she was involved with Enrique Arce, the actor who played Arturo Román in Money Heist. So, let’s take a closer look at who this woman is.

As a youngster, this woman went to the Juan Carlos Corazza school. Even from an early age, she was involved in the performing arts. As someone who wanted to do the thing she loved the most, she made a mindful choice to start working on reaching her goals. This lady knew that the road was going to be difficult. However, she was willing to persist for the sake of her future and her happiness.

Thanks to her early start, this woman got her first role in television in 1998. It was in a Spanish comedy series called Manos a la Obra. Cristina went uncredited for the role she played. However, her performance was noted by people who were in the field. The offers didn’t come pouring in, but she gained the much-needed confidence to keep up the good work she was doing.

Life got better – Y2k and beyond.

Cristina got her first film opportunity when she played a prostitute in the film Gitano. That period was important for her telly career, too, because she got her big break with El Comisario, which ran between 1999 and 2002. Dame Cambio, which was released in 2001, saw her play the role of Vanesa in film. It was her first big role on the big screen. Life was just getting started for this woman. However, it was already better than what she could have wanted.

Cristina and Enrique worked together on the sets of Compañeros. They were roped in for the final two seasons. The two of them fell for each other and wasted no time whatsoever. They immediately tied the knot and remained a couple. However, things began going south when the romance started waning. Sadly, these two didn’t have anything solid to base their relationship on.

Cristina didn’t see her split with Enrique as the end of the world. She knew she made a few mistakes as well. But, this woman learnt from her blunders and made sure she got it right the subsequent times. She was briefly involved with a musician named Pachi Delgado before marrying a businessman named Livio Lo Monaco. As far as we know, she’s still with him. We wish this woman all the best in her future. 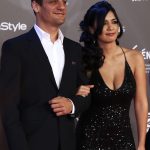 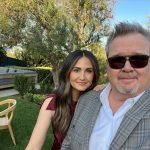