Join WTFoot and discover everything you want to know about his current girlfriend or wife, his shocking salary and the amazing tattoos that are inked on his body. Find out what house the English/Ivorian centre forward lives in or have a quick look at his cars! 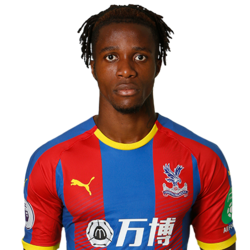 Wow! This means the average man in the UK needs to work for at least 18.5 years to earn the same as Willy Z earns in only 1 month.

The Englishman came through the academy ranks to earn his first professional contract with Crystal Palace in 2010. His meteoric rise was stunted by a move to Manchester United in 2013, but it was soon forgotten as he returned to his boyhood club once more in 2015 to recapture his brilliance. His net worth is estimated €47.9 million (£42.6 million). In the prime of his footballing career the centre-forward has a market value upwards of €35 million (£30 million).

Zaha Tattoo - Does he have one?