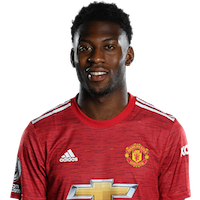 Wow! This means the average man in the UK needs to work for at least 2.1 years to earn the same as Timmy earns in only 1 month.

A youth product of Manchester United's youth academy Timmy's five-year contract with The Red Devils has seen him pocket a net worth of 6.3 Million Euro (5.7 Million Pound). The Dutchman has yet to make an impact on Man United's first-team and has not seen any significant movement to his market value which remains at around 5 Million Euro (4.5 Million Pound).

Fosu-Mensah Tattoo - Does he have one?