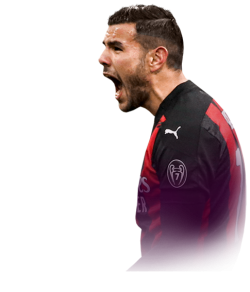 Wow! This means the average man in the UK needs to work for at least 3.7 years to earn the same as The Plane earns in only 1 month.

Thanks to his performances in Milan, the Plane's current market value sits at a cool 50 Million Euros. This left-footed player could be worth about 2.5 Million Euros based on our calculations.

Hernandez Tattoo - Does he have one?