Join WTFoot and discover everything you want to know about his current girlfriend or wife, his shocking salary and the amazing tattoos that are inked on his body. Find out what house the German central defender lives in or have a quick look at his cars! 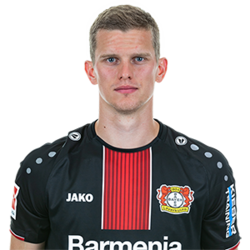 The younger one of the Bender brothers, Sven has established himself as one of the Bundesliga’s prominent defenders in this decade. A versatile player, he is also comfortable playing as a deep lying midfielder. Along with his brother Lars, the youngster joined 1860 Munich’s youth team in 2002. He was fast-tracked into the senior team after a shade over four years in 2006. After three fruitful seasons with the club, he made a move to Borussia Dortmund, where he made major strides as a professional player and won a collection of accolades including successive Bundesliga titles in 2011 and 2012. The defender has represented Germany across every major youth level. As a U-19 player, he was part of the highly talented Germany team with won the 2008 UEFA U-19 European Championships. The brothers were named as joint players of the tournament. Bender was in line for a spot in the team for the 2014 FIFA World Cup, but an osteitis pubis injury ruled him out for half a year. He made the team for the 2016 Olympics and helped Germany to a runners-up spot. Sven joined his brother Lars at Bayer Leverkusen in 2017 after eight magnificent seasons at Dortmund.

Wow! This means the average man in the UK needs to work for at least 6.5 years to earn the same as Iron Manni earns in only 1 month.

Bender had a career high market value of €18 million during his title winning seasons with Dortmund. Since then, his value has slowly, but steadily regressed and has stabilized at a modest €9 million. With a net worth of €6.2 million, it comes as no surprise that he is one of the highest earners at the club.

Bender Tattoo - Does he have one?