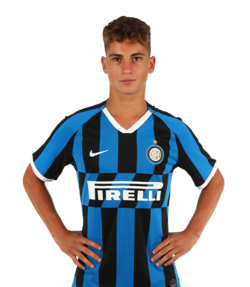 Wow! This means the average man in the UK needs to work for at least 0.48 years to earn the same as Niño Maravilla earns in only 1 month.

The 17-year-old kid from Castellammare di Stabia, Italy has just signed a contract that is worth 185,000 Euro, before taxes, in the summer of 2019 before which he was making an average of about 13,000 Euro a year between the ages of 13 and 17. For someone who is just getting started, a net worth of 20 thousand euros is not bad at all. His market value is also at a very modest 5 Million euros and you've got to remember that this kid is still under-18 and has not turned fully pro yet.

Esposito Tattoo - Does he have one?