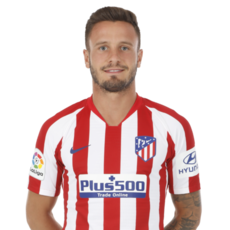 Wow! This means the average man in the UK needs to work for at least 29.7 years to earn the same as El Motor earns in only 1 month.

The Spanish midfielder is a product of the Atlético Madrid youth academy; he made his debut for the Los Rojiblancos in 2012. In 2017 the midfielder signed a nine-year contract with Atléti, bringing his net worth to €110 million (£90 million); only 24 years of age and already one of the best midfielders on the planet, his market value sits well over €90 million (£80 million).

Ñíguez Tattoo - Does he have one?