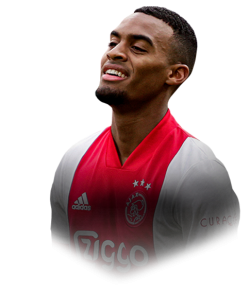 Wow! This means the average man in the UK needs to work for at least 1.3 years to earn the same as Wonder Kid earns in only 1 month.

Mino Raiola is the reason this player's net worth is already 225,000 Euros despite being at Ajax, a shrewd club. Sponsored by Adidas, his current market value is €11 million. It's down from a previous high of €12 million in February 2020.

Gravenberch Tattoo - Does he have one?