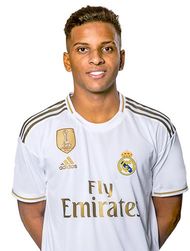 Wow! This means the average man in the UK needs to work for at least 19.6 years to earn the same as earns in only 1 month.

The Brazilian teenager came up through the ranks at São Paulo before getting a sensational move to one of Europe's biggest club, Real Madrid. The winger's six-year contract with the Los Blancos puts his net worth at around €48 million (£42 million); still unproven at the elite level but with infinite potential, his market value is somewhere in the region of €40 million (£35 million).