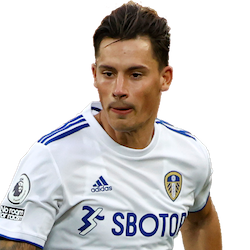 Wow! This means the average man in the UK needs to work for at least 3.0 years to earn the same as Robbo earns in only 1 month.

The 24 year old German defender joined newly promoted Premier League club Leeds United from SC Freiburg in the summer of 2020. His contract with The Peacocks has seen his net worth rise to an estimated 6.5 Million Euro (5.8 Million Pound). Robbo's services comes at a cost with a market value of 17 Million Euro (15.3 Million Pound).

Koch Tattoo - Does he have one?