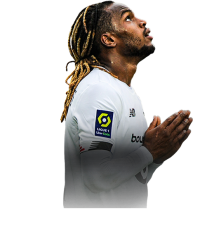 Wow! This means the average man in the UK needs to work for at least 6.9 years to earn the same as Bulo earns in only 1 month.

This Portuguese midfielder started playing with Benfica. His wage packet increased significantly when he moved to Bayern Munich in 2016. The young midfielder's net worth could be in the region of 3 Million Euros approximately. His current market value is at 20 million Euros.

Sanches Tattoo - Does he have one?