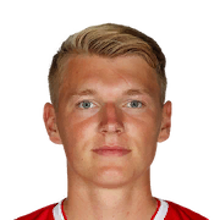 Wow! This means the average man in the UK needs to work for at least 2.0 years to earn the same as Yung Perra earns in only 1 month.

The Dutch defender came through the academy at Fortuna Sittard before joining Ajax in 2018. His deal with the Eredivisie giants saw his net worth get bumped to 3.5 Million Euro (3.2 Million Pound). The 20-year old is still to impress which is reflected in his modest market value of 7 Million Euro (6.4 Million Pound).

Schuurs Tattoo - Does he have one?