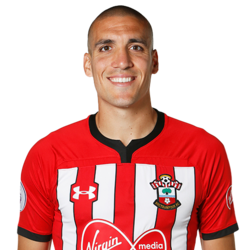 Wow! This means the average man in the UK needs to work for at least 8.8 years to earn the same as Rom earns in only 1 month.

The Spanish midfielder is a product of Barcelona's famous La Masia academy and has played for English Premier League club Chelsea and German Bundesliga club VfB Stuttgart before signing for Southampton in 2015, his net worth €22.7 million (£20 million). Now in his prime years the Spaniard has a market value of €12.2 million (£10.8 million).

Romeu Tattoo - Does he have one?