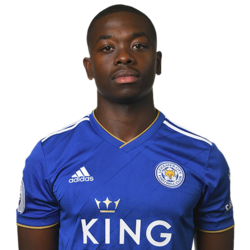 In July 2016 the defensive midfielder signed a contract with Leicester City that nets him a whopping salary of 3 Million Euro (2.6 Million Pound) per year. We have crunched the numbers, this means he earns €8,197 (£7,047) per day and €342 (£294) per hour!
Since you've been viewing this page, Nampalys Mendy has earned...

Wow! This means the average man in the UK needs to work for at least 7.2 years to earn the same as Papy earns in only 1 month.

The French midfielder has played for French Ligue 1 side Monaco and Nice before completing a move to Premier League side Leicester City in 2016. Plying his trade at the pinnacle of both French and English football he has an estimated net worth of €17.5 million (£15 million). His market value currently stands somewhere in the region of €8 million (£6.9 million).

Mendy Tattoo - Does he have one?