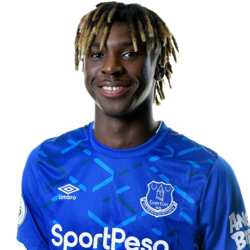 Wow! This means the average man in the UK needs to work for at least 7.6 years to earn the same as Big Mo earns in only 1 month.

The Italian hitman started his professional career at Serie A giants Juventus and moved to Premier League club Everton in the summer of 2019. His net worth is approximated to be in the region of €17 million (£15.4 million). Only 19 years of age, and touted to be one of the best strikers of his generation, his market value sits a whopping €40 million (£36.3 million).

Kean Tattoo - Does he have one?