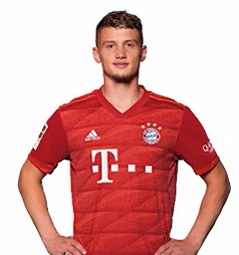 Wow! This means the average man in the UK needs to work for at least 3.6 years to earn the same as Mika earns in only 1 month.

The 20-year old Frenchman came through the ranks at AS Nancy but moved to Germany prior to the start of his senior career. After a couple of seasons with Borussia Mönchengladbach he moved Bayern Munich in the summer of 2019. The youngster's five-year deal with Die Roten brings his net worth up to €8 million (£6.9 million). A potential star of the future, he holds a market value close to €12 million (10.3 million).

Cuisance Tattoo - Does he have one?