Join WTFoot and discover everything you want to know about his current girlfriend or wife, his shocking salary and the amazing tattoos that are inked on his body. Find out what house the Dutch goalkeeper lives in or have a quick look at his cars! 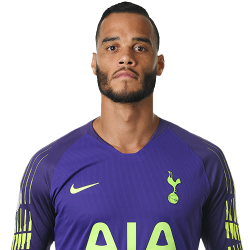 Wow! This means the average man in the UK needs to work for at least 9 years to earn the same as Mi-Mi earns in only 1 month.

Nowadays we all know him as the stand-in keeper of Tottenham Hotspur after Lloris, but we shouldn't forget that he is an amazing goalkeeper who performance very well in the Premier League at Swansea City and the Dutch national team. His current market value is currently estimated at 2 Million Euro (1.75 Million Pound). Will he soon make a step to a new club to play every week during the last seasons of his career? Or will he stay? When he is about to chose a new club he should not made his choice concerning on the money. He is already pretty loaded with a net worth of 12 Million Euro (10.5 Million Pound).

Vorm Tattoo - Does he have one?