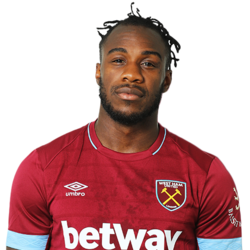 Wow! This means the average man in the UK needs to work for at least 10.3 years to earn the same as Mike earns in only 1 month.

Having started his career relatively late with West Ham United being the first major club he's played for, the midfielders estimated net worth is somewhere in the region of €18 million (£15.5 million). Now at the age of 30 his market value is roughly in excess €12 million (£10 million).

Antonio Tattoo - Does he have one?