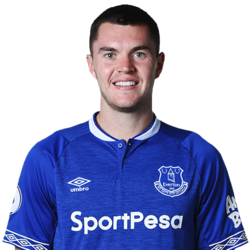 Wow! This means the average man in the UK needs to work for at least 8.6 years to earn the same as Mike earns in only 1 month.

The Manchester United graduate played for a host of clubs on loan before moving to Burnley on a permanent basis in 2014, after 4 years with The Clarets he signed for Everton FC in July 2017, the defender has conjured up a net worth of €21.9 million (£19 million). At 26 years of age and many good years ahead of him his market value is €26.5 million (£22.5 million).

Keane Tattoo - Does he have one?