Join WTFoot and discover everything you want to know about his current girlfriend or wife, his shocking salary and the amazing tattoos that are inked on his body. Find out what house the Turkish centre back lives in or have a quick look at his cars! 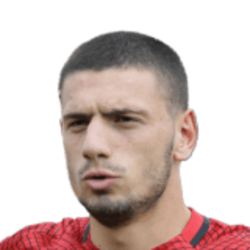 Wow! This means the average man in the UK needs to work for at least 7.9 years to earn the same as The Bull from Karamürsel earns in only 1 month.

The Turkish defender came on the radar with native club Alanyaspor before moving to Italy with US Sassuolo. In the summer of 2019 he got his big move to Serie A giants Juventus, bringing his net worth to an estimated €18 million (£15.5 million). The 21-year old centre-back is looked on as a decent prospect and has a market value of €15 million (£13 million).

Demiral Tattoo - Does he have one?